The Lexus ES 300h will compete with the Mercedes-Benz E-Class, BMW 5-Series and the Audi A6.

After its global debut at Auto China 2018, the newest version of the Lexus ES 300h hybrid luxury sedan has now been made available in India. Buyers can book their from today, 19 July onwards at Rs 59.13 lakh (ex-showroom India). The ES 300h is based on the Global Architecture — K (GA - K) platform and is powered by an updated version of the 2.5-litre petrol-hybrid combination seen on the last generation car as well as on the Toyota Camry. The engine makes 217 PS and comes with a new fourth generation hybrid system that is BS-VI compliant and returns a claimed 22.37 km/l. Wheel sizes have also increased to 18-inches from the earlier 17.

The car has received cosmetic upgrades to mimic the design of the recently launched LS sedan.

Most prominently, the spindle grille now has vertical slats replacing the earlier horizontal ones while also being more pronounced. The front headlights have been slightly reworked with new LED elements while the lower portion of the more sculpted bumper now has chrome inserts for the foglamp housings.

The interiors have been tweaked slightly with the most prominent additions being the redesigned 7-inch instrument cluster, 12.3-inch centre console and an updated 17-speaker Mark Levinson infotainment system, as seen on the LS and NX cars. The console-mounted climate and audio controls along with adjustable and heated semi-aniline seats, and the 17 speaker Mark Levinson, wireless charging round off the major changes to the interior. The rear legroom has also been increased by 996 mm, by way of a longer wheelbase. 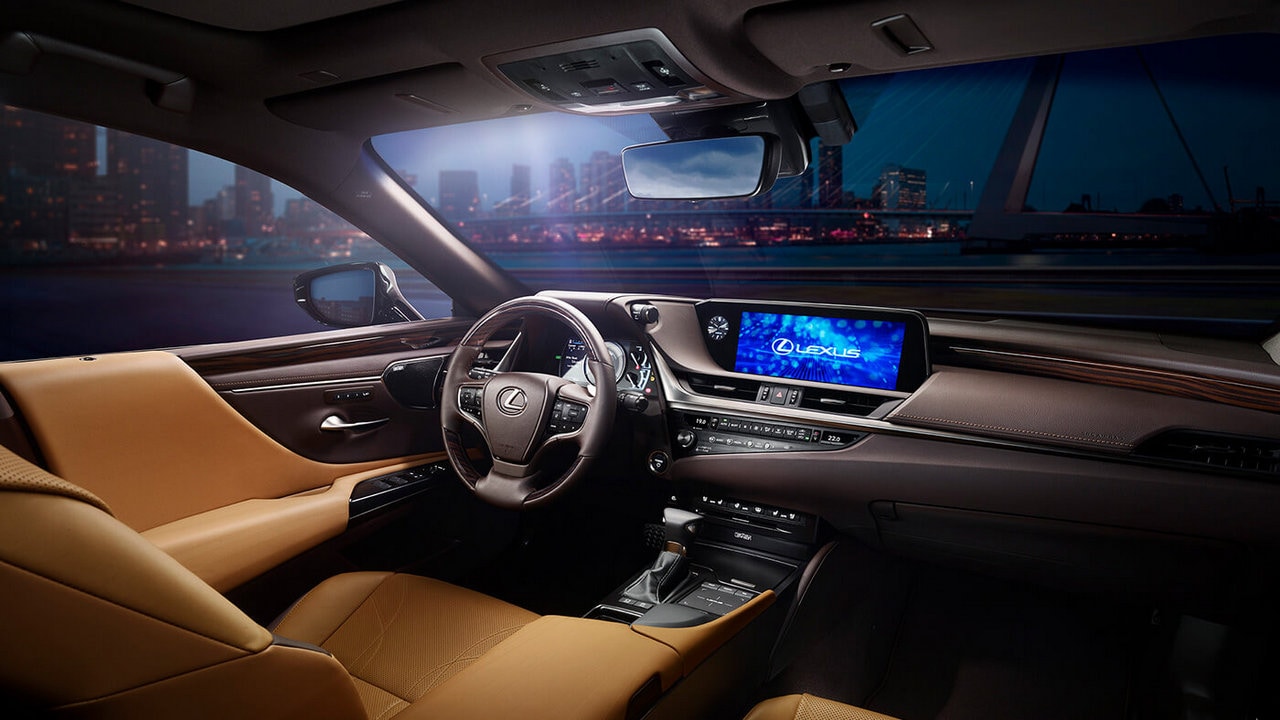 The Lexus ES 300h will compete with the likes of the Mercedes-Benz E-Class, BMW 5-Series and the Audi A6. The ES should stand apart from the competition with its attention to detail and the typically Japanese inspired design and luxury appointments. The traditionally more sedate driving experience of a Lexus should also appeal to buyers who prefer the rear seats.