Legal wrangle-r: Why Jeep has taken the new Mahindra Thar to court in Australia

As Mahindra readied to introduce the second-gen Thar down under, Jeep moved court to block an ‘intentional’ infringement.

For one reason or another, the Mahindra Thar has been in the news ever since it was unveiled last year on 15 August – India’s Independence Day – and is once again making headlines, albeit for the wrong reasons. This time, the Thar has been taken to court by Jeep in Australia, of all places, as the second-gen 4x4 was ostensibly being readied for a launch. In a case management hearing in the Federal Court of Australia, Jeep pressed for a ban on the marketing and sale of the Thar in the Australian market, as the company believes that the Mahindra 4x4 is a clear rip-off of its own off-roader, the Jeep Wrangler.

That the Thar is visibly similar to the Wrangler cannot be denied, but it is also important to note its origins. The second-gen 4x4 is an evolution of the original Thar, which itself was a grown-up, modernised version of the ‘Willys’ Jeep, which Mahindra started producing under licence in India at the end of the 1940s. 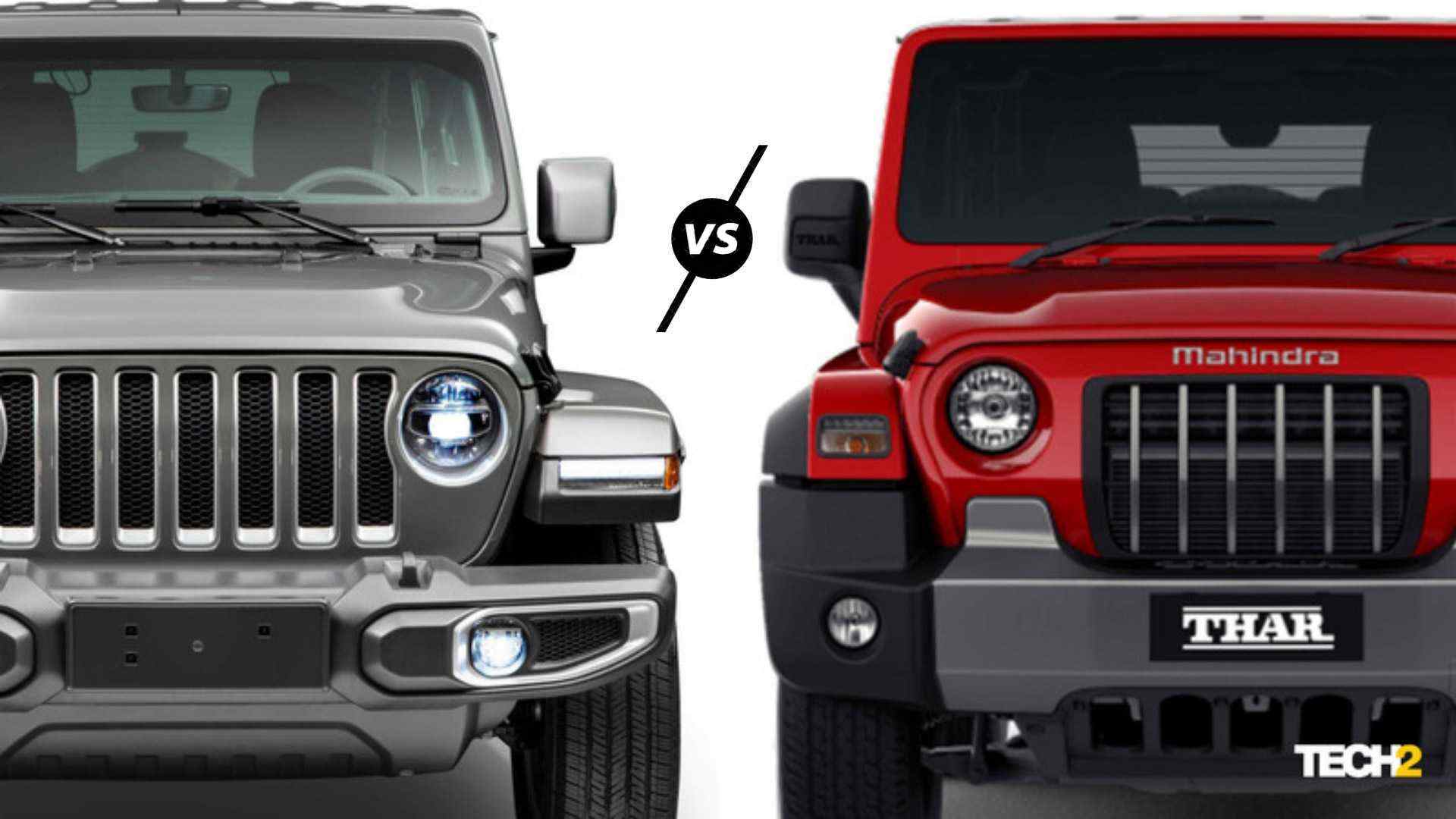 There's no denying the visual link between the second-gen Mahindra Thar and the current Jeep Wrangler. Image: Tech2/Amaan Ahmed

The Willys Jeep formed the basis of Mahindra as a maker of passenger vehicles, and the company grew by leaps and bounds over the years, coming to be known as a manufacturer of rough-and-ready SUVs and utility vehicles. It is, thus, only to be expected that an evolved Thar will be able to trace its lineage back to the iconic Jeep, which now belongs to Fiat Chrysler Automobiles (FCA) – or Stellantis, as the conglomerate is now known, after its merger with France’s Groupe PSA.

However, there’s no denying the fact that the new Mahindra Thar – at least from a visual perspective – is a bit too close to the Wrangler for Jeep’s comfort. It clearly wears what Jeep refers to as its ‘trade dress’, and barring minor styling tweaks, the Thar’s design template is almost identical to that of the present-gen Jeep Wrangler. The round headlights, extended wheel arches, box-shaped tail-lights are all reminiscent of Jeep’s off-road icon. And while the grille is different (for obvious reasons), signature Jeep seven-slot grilles are available dime-a-dozen as accessories in the aftermarket. 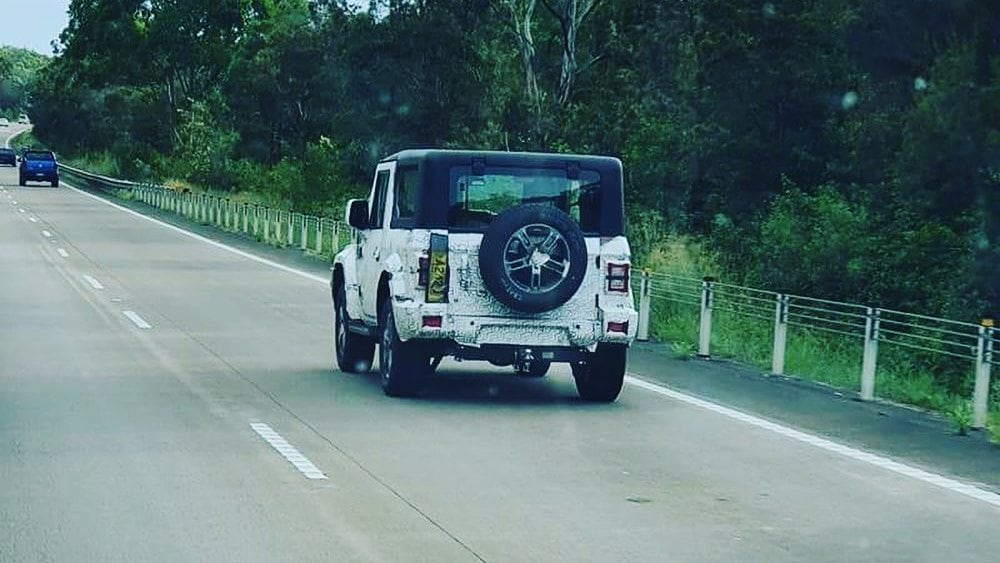 The new Mahindra Thar was spotted testing in Australia early in 2021. Image: thenickzeek

The reason why Jeep has taken Mahindra to court in Australia now is because the Indian manufacturer has been promoting the new-generation Thar down under for the past six months. A test mule of the Thar has previously been spotted in Australia, which was slated to be one of the first export markets for the off-roader. In fact, Mahindra Australia’s website even housed a ‘Register Your Interest’ page for the new Thar for a few months, but that has now been taken down.

In response to Jeep’s lawsuit, Mahindra has clearly said there are no plans to launch the current-generation Thar in Australia at this time, as it is still in the process of ramping up production to meet surging demand in India. Jeep’s lawyers sought assurance from Mahindra that the maker of the Thar would provide a written notice three months before starting the homologation process, in case it intends to launch a ‘Jeep Wrangler-like’ 4x4 in Australia. Mahindra maintained that it didn’t have any plans to introduce the Thar down under, but still proposed a shorter notice period of half that duration, in case plans change.

But this contradicts reports on multiple Australian motoring websites, which confirmed Mahindra was indeed going to launch the new Thar in the Australian market in 2021. In fact, in November 2020, carsales.au quoted a Mahindra spokesperson as saying “It’s definitely coming to Australia in 2021. The milestones for any new vehicle launch in Australia are homologation approval by DOTARs and then production for this market at the factory. We are working through both of these and will announce launch details as they reach completion.” 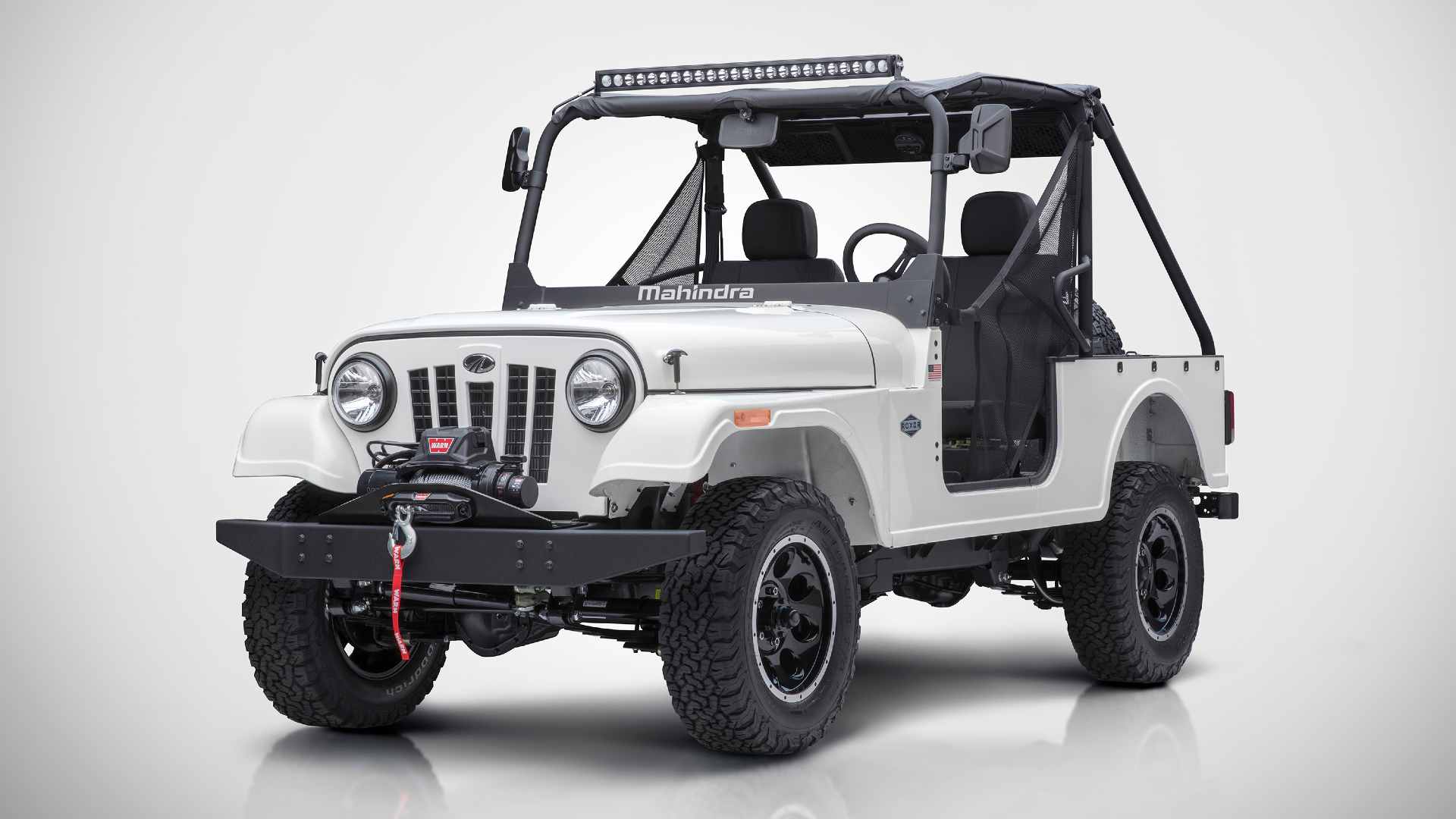 Mahindra's Roxor off-highway vehicle was deemed to violate Jeep's trade dress in the US. Image: Mahindra

In the past, Jeep took the legal route to have the Mahindra Roxor off-roader banned in the US. The Roxor – which was marketed and sold as an ‘off-highway vehicle’ – was found to infringe Jeep’s trade dress by the authorities. Mahindra made tweaks to the face of the Roxor to differentiate it from the Jeep, but even then, the Roxor wasn’t in the clear, and Mahindra had to execute a more significant redesign for the off-roader, which is still not on sale at this time. That said, such a redesign procedure may not be feasible in the case of the Thar, as fundamental changes would be required to make it look different.

Jeep is hopeful of blocking the Mahindra Thar’s path in countries where the law can set matters straight, and chose to take a stand against its introduction in Australia, which is said to take a strict view of intellectual property rights violations. The next hearing in the case is scheduled for 20 May, and the judgement in the matter would certainly set a precedent for future disputes in other markets, where FCA may want to stop Mahindra from ‘intentionally’ infringing on its iconic design.

“FCA US LLC and FCA Australia Pty Ltd, both wholly-owned subsidiaries of Stellantis N.V, have requested that Mahindra immediately cease and desist from all activities related to the import, distribution and sale of the Thar product in Australia. FCA firmly believes that Mahindra is seeking to intentionally infringe the intellectual property rights of our Jeep brand, specifically the Jeep Wrangler. FCA will pursue all available avenues to stop Mahindra from continuing to make misleading and deceptive representations in relation to our Jeep brand, pass off their Thar as a Jeep Wrangler and infringe our design rights”, read a Stellantis statement shared with Tech2.

Mahindra has already received over 50,000 bookings for the second-gen Thar, and the waiting period for the off-roader is said to stretch to as much as a full year in some cities. The company is also said to be working on a bigger, five-door model, which will also almost certainly resemble the five-door Jeep Wrangler on sale in India and abroad.