The 10-20 lakh rupee bracket is arguably the hottest car segment in India right now and the Hyundai Creta is the car to beat. Achieving the right balance between price, style, and kit, it has won every comparison it has entered in at OD and unsurprisingly, it manages to rake in close to 10,000 bookings every month. Instead of taking a top-down approach and launching products from its international portfolio, Hyundai's compatriot and sibling, Kia, has made the wise move of borrowing the Creta's platform and creating its first product - the Kia Seltos - for the Indian market. In doing so, they have also created one of the best examples of platform sharing and ensuring that it doesn't feel like a cost-saving badge-engineered product. 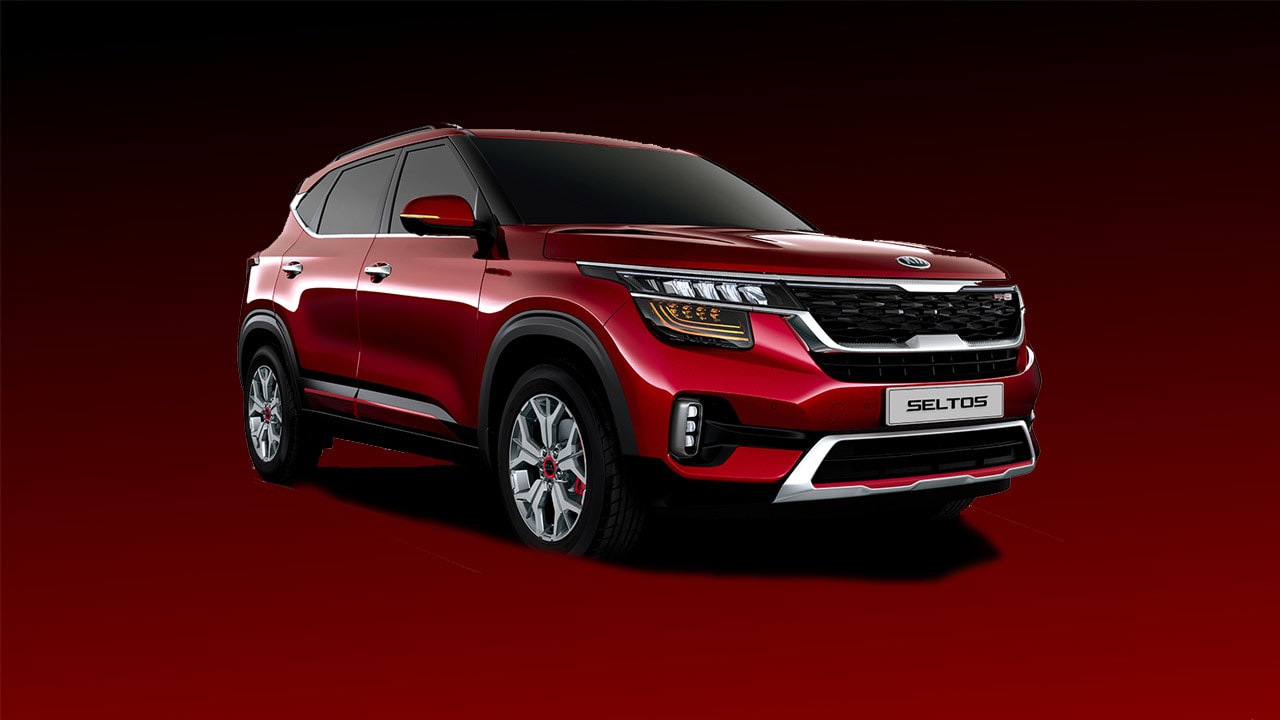 The first thing to highlight that fact is the design of the Kia Seltos. Save for its silhouette, there is nothing on it that hints at the Hyundai Creta connection. The face and tail look border and the details are aplenty with the complex lighting elements and premium textures. Kia is claiming a best-in-class drag coefficient of 0.35, which is pretty normal for a high riding crossover. We had a chance to visit Kia's plant in Anantapur in Andhra Pradesh to get a foretaste of the Seltos on the test track - and out in the open, the Kia Seltos looks just as good as it did on the jazzy show floor when it was revealed in June. It does look quite radical, but I still believe that this design will age well. Like the Creta, the Seltos too boasts of superior paint quality and if I was buying one, I would get the white Seltos in the GT line, with all its red accents and the contrasting roof.

The GT line's cabin is also the funkier of the lot with the flat-bottom steering wheel and ribbed leatherette upholstery, and I would go with the all-black option over the conventional black and beige. I found the seat cushion to be on the softer side though and I would have preferred a firmer bolstering especially on the seat base. The cars we drove were a mixed bag when it came to the kit. We drove a petrol 1.4 automatic that was laden with the Bose audio, a head-up display, a 360-degree parking camera and active mood lighting, which are some of the many features that immediately set the Kia Seltos apart from the Hyundai Creta. But I'm told that these features could be available only on the range-topping manual variant and that would be a bummer if true since I expect many driving enthusiasts to go with the petrol-automatic (I'll come to this in a bit). I'm sensing a repetition of Hyundai's top-heavy approach in terms of variant packaging and that is something that I'm not in favour of.

The Kia Seltos cabin had excellent fit and finish on the prototypes we drove and if it remains unchanged on the production car, it will set a new benchmark for the class. That said, every time I drove over the rumbler patch, the inner panels on the B-pillar did creak on all the cars I tested, and I hope this is ironed out on the production car. I quite like the infotainment, which sits high up on the dash, and is slick and crisp. It is easily the best in the class (and maybe even a segment higher), and has the same software as the Hyundai Creta, but with different skin and design for its menus and icons. It also features Kia's version of the Hyundai Blue Link connected technologies. The infotainment is mated to audio units from either Arkhamy's or Bose and the latter creates a noticeably better soundstage. I hope it is made available at least as an option on trims that do not get it as a standard fit. At the reveal, Kia has already spoken about the engines that are coming to the Seltos - a 1.4 l turbo-petrol, a 1.5 l naturally-aspirated petrol and a 1.5 l turbo-diesel. The 1.4 l turbo-petrol can be had with a dual-clutch auto, the 1.5 l petrol has the option of a CVT and the 1.5 l diesel auto employs a torque converter. A six-speed manual is common to all engines. All the engines are BS6 complaint, which means that the cost of the car at launch will have factored it in already, unlike the competition that is likely to jack up prices next year for the new emissions compliance. Kia has put an embargo on the powertrain specs, but I can tell you that the 1.5 l engines are comparable in output to the Creta, while the 1.4 l turbo-petrol is what you should set your eyes on if you are a driving enthusiast.

If I was buying, I would specify it with the DCT, since this is the only one to get the different driving modes. The steering is marginally better than the comparable Hyundai's, but the Sport mode manages to add more weight and feedback to it - enough for me to chuck the manual and get the DCT instead. Furthermore, the shift quality and response times of the DCT are excellent! The 1.4l engine is one of the most eager engines this side of 20 lakh rupees, and despite the turbocharging, it has a linear pull from the word go. It is quick off the mark and I'm guessing it will break the 10s barrier for a 0-100kmph run.

We did not get a chance to drive the 1.5 l petrol, but we managed to spend some quality time with the 1.5 l diesel. If its tuning is carried forward as is to the production car, I think it will set a new segment benchmark for refinement. We have heard Hyundai powertrains getting louder with time, so this is something that we will wait and watch. We scaled an extreme incline on the test track and I was pleasantly surprised at how tractable the engine and gearbox felt, with no knocking or booming under the load. The engine builds pace quite briskly too. The six-speed manual seems to be tuned well and I'm eager to find out how it performs in city conditions. On the test track, I tried to replicate real-world scenarios like crawling at slow speeds, roll-on acceleration from 30-80 kmph and cruising at 120 kmph and in all the scenarios, the gearbox and the engine perform as expected. There isn't any noticeable turbo-lag and the engine feels quite relaxed in all these scenarios. The clutch is noticeably light on both, the petrol and diesel variant and the shift quality of this six-speed is as slick as Hyundai's if not better.

I can't comment much on the ride and handling bit, except that the Kia Seltos feels sportier than the Hyundai Creta in terms of its cornering manners. It seems to have a more controlled dive and roll and a firmer ride over undulations, though I would hold back my opinion until I drive it in weathered roads of the real world. That real-world drive is scheduled to get underway early next month and that is when I'll be able to give you a lot more information about the Kia Seltos and its performance. But my initial impressions are quite positive and cement everything that we said about the Seltos from its public reveal last month. By the time you are reading this report, Kia will have already opened bookings for the Seltos and I expect a big footfall at the 200+ sales points that they have set up in the country already. While I'm sure that they will price it right by delivering on their promise of a sticker price ranging between Rs 11-17 lakh, I hope they are kinder to the 1.4 l auto in the kit that they are planning to offer on it.

The Kia Seltos SUV is launching today. For all the updates from the launch event including the pricing, do follow our live blog.

Kia Motors launches Seltos in India; starting at a price of Rs 9.69 lakhs

Kia Seltos review: You're going to want one, and you'll need the day off to pick the right model

Kia Seltos and Sonet to get new Kia logo and more features, launch confirmed for May