The electric Seltos could come with the same battery and electric motor setup as seen on the Hyundai Kona EV.

It has been rumoured that Kia Motors is currently developing an electric version of the popular Kia Seltos SUV. The EV SUV is expected to debut in Asian markets in late 2020 but is unlikely to be sold in the US or Europe. The Seltos has been a massive success in India, its the largest selling SUV in the country currently and has helped Kia become the fourth-largest carmaker in India. 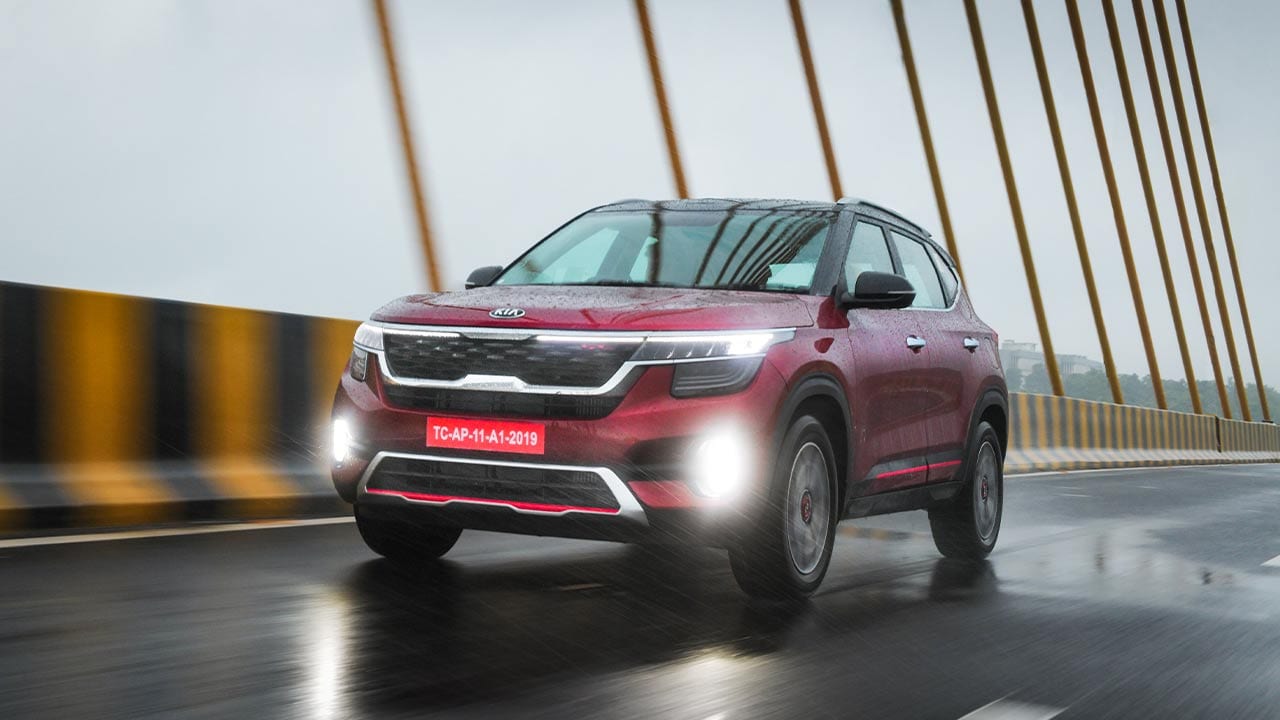 The Kia Seltos will be available in at least 16 variants.

We also expect slightly different styling with the Seltos EV, the face could see the regular car's grille be replaced by something a bit more ornamental while more efficient alloys could also be added, aside from certain exterior highlights to denote its eco-credentials. We also think prices could be similar to that of the Kona EV.

As of now, Seltos comes with three engine and four gearbox options here. The only diesel engine available is a 1.5-litre unit which makes 115PS and 250Nm. The top-spec petrol is the 1.4-litre turbo-petrol, available on the GT-Line trims and makes 140PS and 242Nm. Then there is the 1.-5-litre naturally aspirated petrol with its 115PS and 144Nm, available only on the Tech Line cars. The turbo petrol can be had with a 7-speed DCT, the diesel with a six-speed torque-converter and the N/A petrol with a CVT. All three can be had with a six-speed manual too.

The prices for the Kia Seltos start at Rs 9.69 lakh, ex-showroom Mumbai for the base HTE petrol and go up to Rs 16.99 lakh for the GTX+ auto.

Kia Motors launches Seltos in India; starting at a price of Rs 9.69 lakhs

Kia Seltos review: You're going to want one, and you'll need the day off to pick the right model