The dash now features a more contemporary layout with horizontal elements and a stepped central ridge.

Jeep has unveiled the facelifted Jeep Compass in India, ahead of its launch in the next month. The Compass was Jeep's first product for India, having launched in 2017 and was the first premium C-segment SUV. The facelift comes with many new competitors having entered the segment since. This is also the first of four new Jeep SUVs coming in the next two years. These will be a three-row derivative of the Compass and CKD versions of the Wrangler 4x4 and the upcoming new-gen Grand Cherokee. 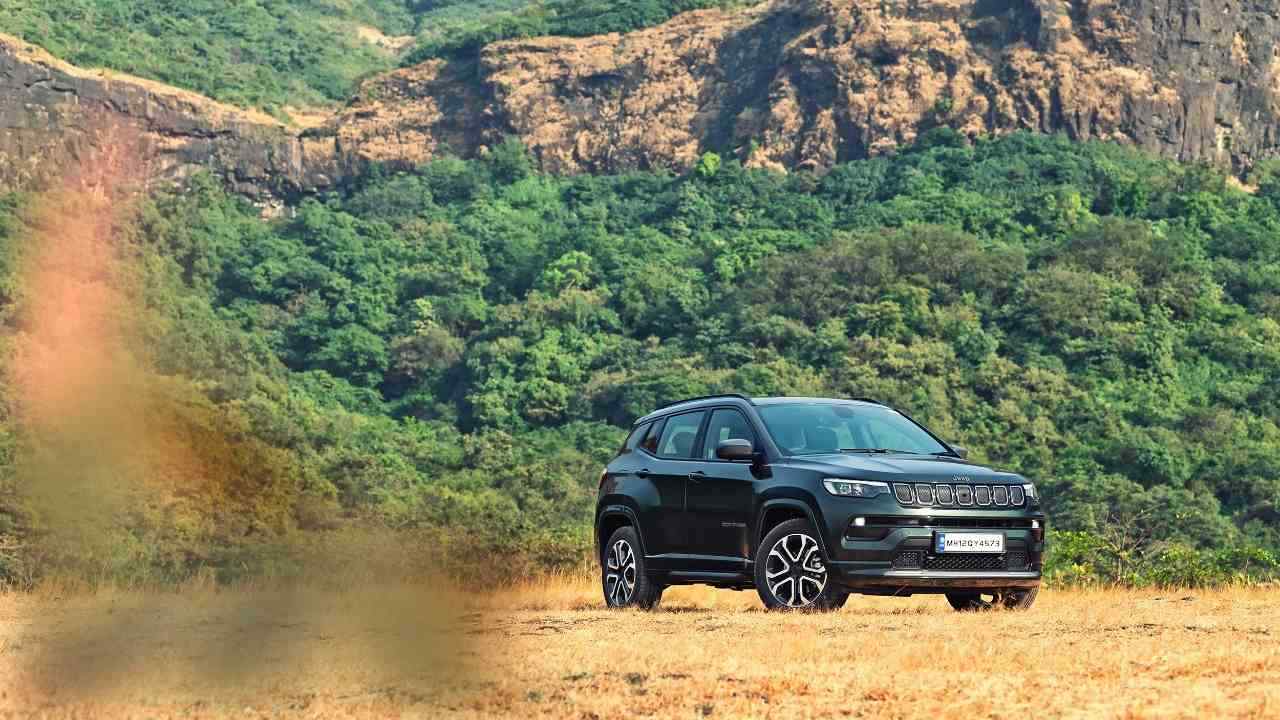 The big news with this update to the Compass is the heavily revised interior. The dash now features a more contemporary layout with horizontal elements and a stepped central ridge. The new design is meant to add spaciousness and improve practicality, while new materials, textured surfaces and upholstery have been added for a more premium feel. The centre console is fully new, incorporating a floating 10.1-inch Uconnect 5 infotainment system. There is new switchgear and new controls for the climate control with the central vents themselves moving below the screen and becoming slimmer and wider.

Jeep claims the Compass now has 50 percent more interior storage space, the centre stack has been made more intuitive with the terrain management system moving to a toggle switch on the dash while wireless charging has been added too. There is a new steering wheel as well and a new 10.25-inch digital instrument cluster with 24 content screens. The trim and materials will change depending on the variant chosen.

With India's most awarded SUV, drive into the future with cutting-edge features and connectivity. It's time to go beyond the ordinary.#LiveLegendary #NewCompass #Jeep #OIIIIIIIO pic.twitter.com/Xdr94pfN0F

The UConnect 5 infotainment is a big step forward. This Android-based system is 5 times faster than the system it replaces, supports higher-resolution displays, can take SIM-based OTA updates and supports wireless Android Auto/Apple Carplay. The touchscreen can also be configured to taste with home-screen widgets. Also added is a full-suite of connected car features that include remote lock/unlock, vehicle diagnostics, driver analytics, geo-fencing and location tracking and emergency assistance. On the outside, the Compass now gets a new face. The new full-LED headlamps have been made slimmer with new LED DRLs while the seven-slat grille is now sat in a darker surround. The bumper has been completely reworked with a more prominent two-part air dam, split by a protruding bull-bar effect body-coloured element. The foglamps are nestled higher and are much smaller now with the taillamps having also been reworked The alloy wheels get a new dual-tone design to, while there is a new shade of green on offer as well.

The 2021 Compass remains unchanged mechanically, although full details of the variant-wise engine-gearbox options haven't been revealed yet. The Jeep Compass is powered by a 1.4-litre petrol engine that makes 162PS of power and 250Nm of torque. A 2.0-litre diesel engine is also available that puts out 173PS of power and 350Nm of torque, coupled with a 9-speed automatic transmission or a six-speed manual. The petrol gets seven-speed DCT. We expect to see a more off-road-oriented Trailhawk version being added to the line-up later as well.