The third-gen Hyundai i20 has been named the winner of the 2021 Indian Car of the Year (ICOTY) Award. As for the other categories, the Tata Nexon EV has been conferred with the first-ever Green Car Award by ICOTY 2021 and the Land Rover Defender with the 2021 Premium Car Award by ICOTY.

The Hyundai i20 took the top prize with a score of 104 points from the jury. Following it at a close second place was the Kia Sonet with 91 points and in third place was the Mahindra Thar with 78 points. The Tata Nexon EV took top honours in its category with 106 points, the Hyundai Kona followed in second with 99 points and the MG ZS EV in third with 93 points. As for the premium car winner, the Land Rover Defender scored 108 points, followed by the Mercedes-Benz GLE at some distance with 77 points and the BMW 2 Series with 61 points. 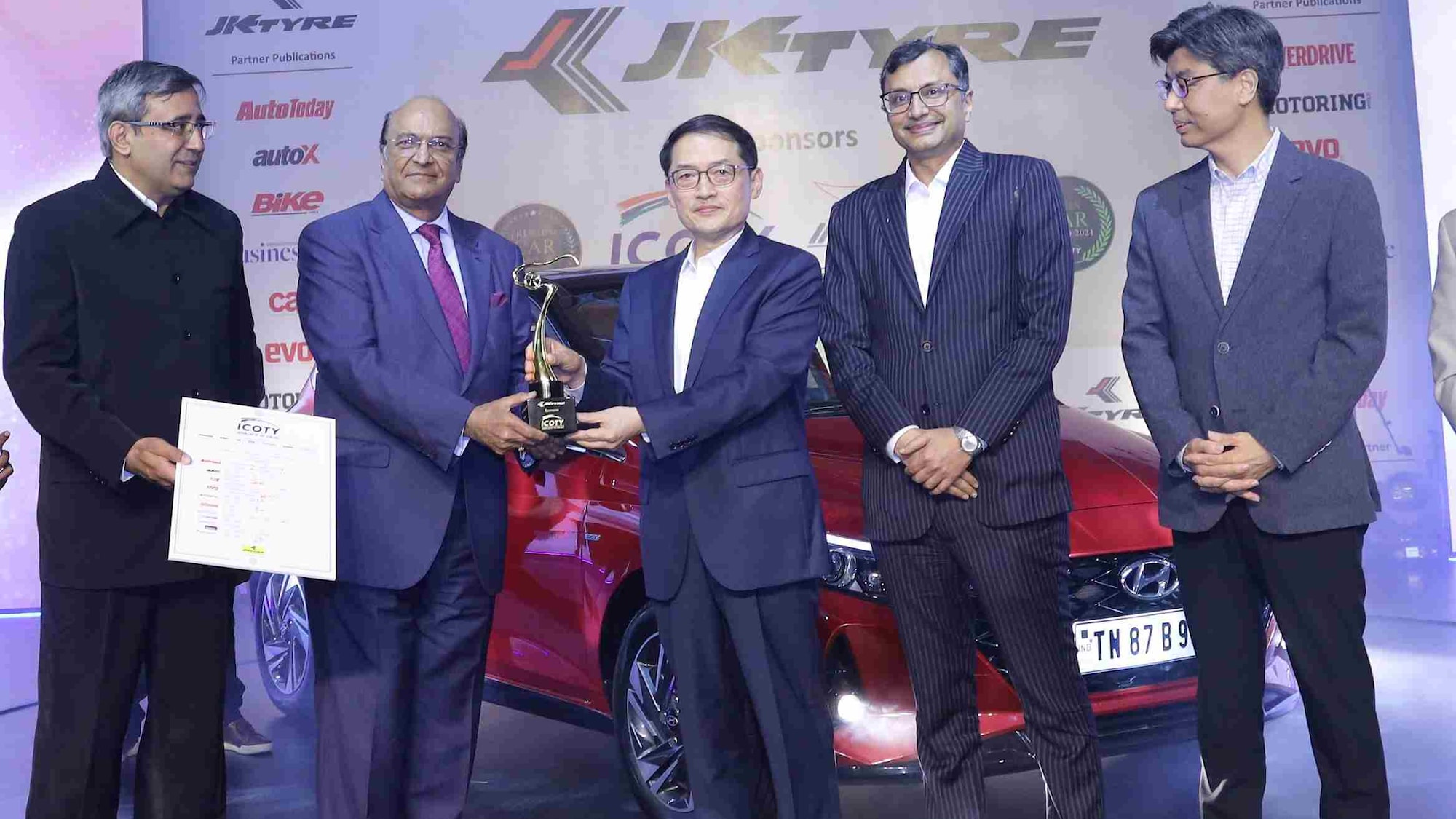 The third-gen Hyundai i20 follows in the footsteps of the Hyundai Venue, which was crowned Indian Car of the Year in 2020. Image: JK Tyre

Each of the judges scored the contenders on 25 points. Judges were asked to rate at least five contenders and have picked a clear winner out of these. The process was conducted digitally and validated for confidentiality by an external agency. This panel of judges consists of experienced automotive journalists from the biggest publications in the country.

The Hyundai i20 is powered by a set of familiar engines, already seen on cars like the Venue and facelifted Verna. At the base of the range is the 1.2-litre naturally aspirated Kappa four-cylinder petrol which makes 83 hp when paired with a five-speed manual and 88 hp when paired with the CVT. Torque output is 114 Nm. The 1.0-litre three-cylinder T-GDi makes an appearance here too, in its highest 120 hp and 172 Nm form. This pairs with either a seven-speed DCT or a six-speed iMT. There is no manual option, but Hyundai claims a 0 to 100 kph time of 9.9 seconds with the turbo-iMT. The diesel engine option is the 1.5-litre four-cylinder U2 CRDi diesel. Seen here in its non-VGT 100 hp and 240 Nm form, this engine pairs only with a six-speed manual.

In 2020, the Hyundai Venue won the ICOTY award and the BMW 3 Series won the Premium Car Award by ICOTY.

BMW 220i Sport launched in India, new base variant priced at Rs 37.90 lakh