The Xtreme 200R comes equipped with disc brakes at both ends but ABS will be offered as an option only.

Earlier this month, Hero MotoCorp listed the Xtreme 200R on its official website revealing the prices of only a select few North Eastern states. And now we have learnt from our sources that Hero MotoCorp will be soon starting deliveries of the Xtreme 200R across dealerships in India in the next couple of months. Instances like the recently held transport strike etc are believed to be one of the reasons that have affected the deliveries of the Xtreme 200R. Hero MotoCorp dealerships across the country are already accepting bookings for the Xtreme 200R. The naked sport offering is priced at Rs 88,000 in the North Eastern states, we believe it should be in a similar range when launched at other parts of the country. In fact, Hero MotoCorp seems to be targeting motorcycles in the premium 160-180cc space, where the prices hover around Rs 85-95,000. While we seek confirmation about the Hero Xtreme 200R's price and availability, let us remind you that the Hero Xtreme 200R was first showcased as a concept at the 2016 Auto Expo, before it's debut in January 2018. We have ridden the 200R at the Buddh International Circuit and you read our first ride review of it here. Hero MotoCorp seems to be targeting motorcycles in the premium 160-180cc space.

The Xtreme 200R marks Hero's return to the entry-level performance motorcycle segment. The bike is powered by a 200cc engine producing 18.4PS and 17Nm that is based on the Achiever 150's engine but has been developed further in-house at Hero MotoCorp's CIT (Centre for Innovation and Technology) at Jaipur. Hero MotoCorp tells us they have worked specifically on improving the engine's refinement levels further, which should be among the best in class. 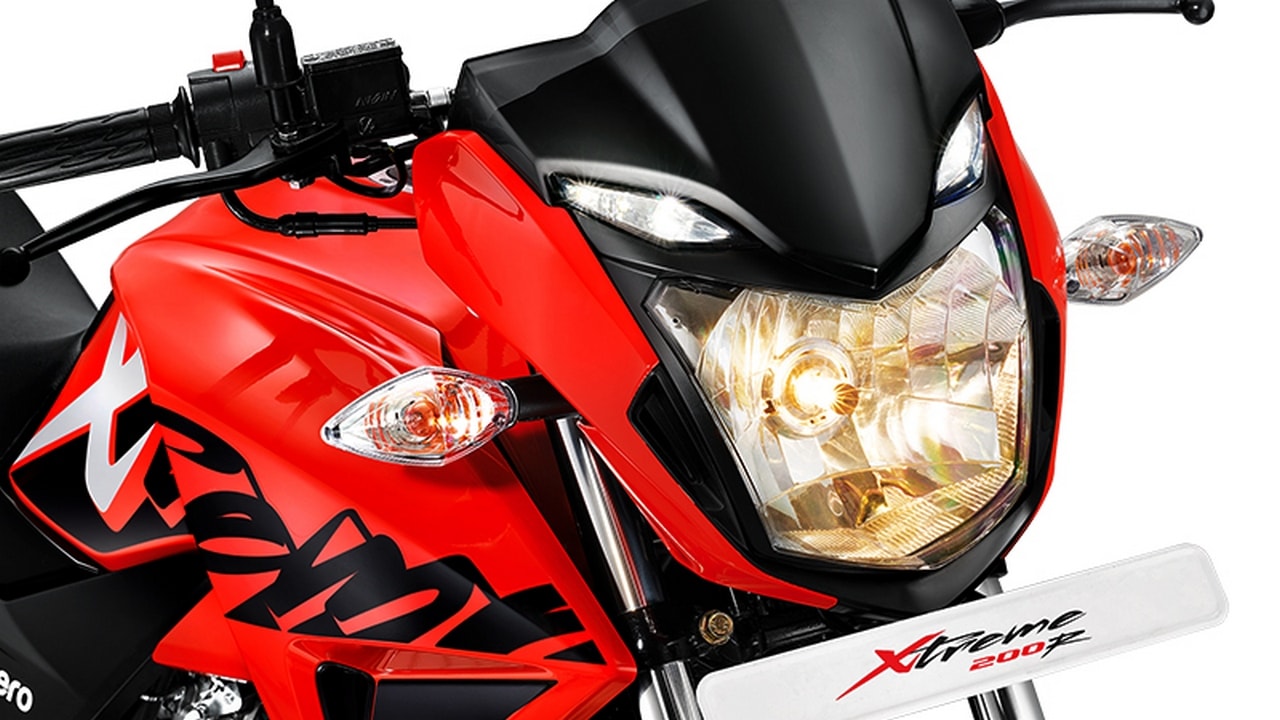 In terms of styling, the Hero Xtreme 200R somewhat reminds us of previous iterations of the Xtreme that were on offer with a 150cc engine. That said, the Xtreme 200R does look more appealing and is an aggressive looking naked with all the design cues found on current generation entry-level performance machines like tank extensions, a compact tailpiece with split grab rails and a belly-pan fairing. The Xtreme 200R uses a monoshock at the rear.

The Xtreme 200R uses 37mm telescopic forks up front, which are beefier than the Karizma ZMR's and are expected to aid handling. The Xtreme 200R uses a monoshock at the rear which again should help in enhancing the bike's stability and handling. The instrument cluster is an analogue-digital one and looks similar to the previous Xtreme's, with a digital read outflanking a large tachometer. The headlight is not an LED unit though the pilot lights and tail light are all LEDs. The Xtreme 200R comes equipped with disc brakes at both ends but ABS will be offered as an option only. More importantly, Hero has equipped the Xtreme 200R with single-channel ABS only, to keep costs in check. As far as the competition is concerned, the Hero Xtreme 200R will face off against the TVS Apache RTR 200 and Bajaj Pulsar NS 200 as also the Yamaha FZ25 and KTM 200 Duke.