The fifth-generation Honda City sedan has finally broken cover in the international market. For its fifth installment, the Honda City is based on an all-new platform and gets a new downsized engine. The sedan has grown in dimension and is 53mm wider and 100mm longer than the current fourth-generation Honda City on sale in India. That said, the newer model has a shorter wheelbase by 11mm than the current car on sale. 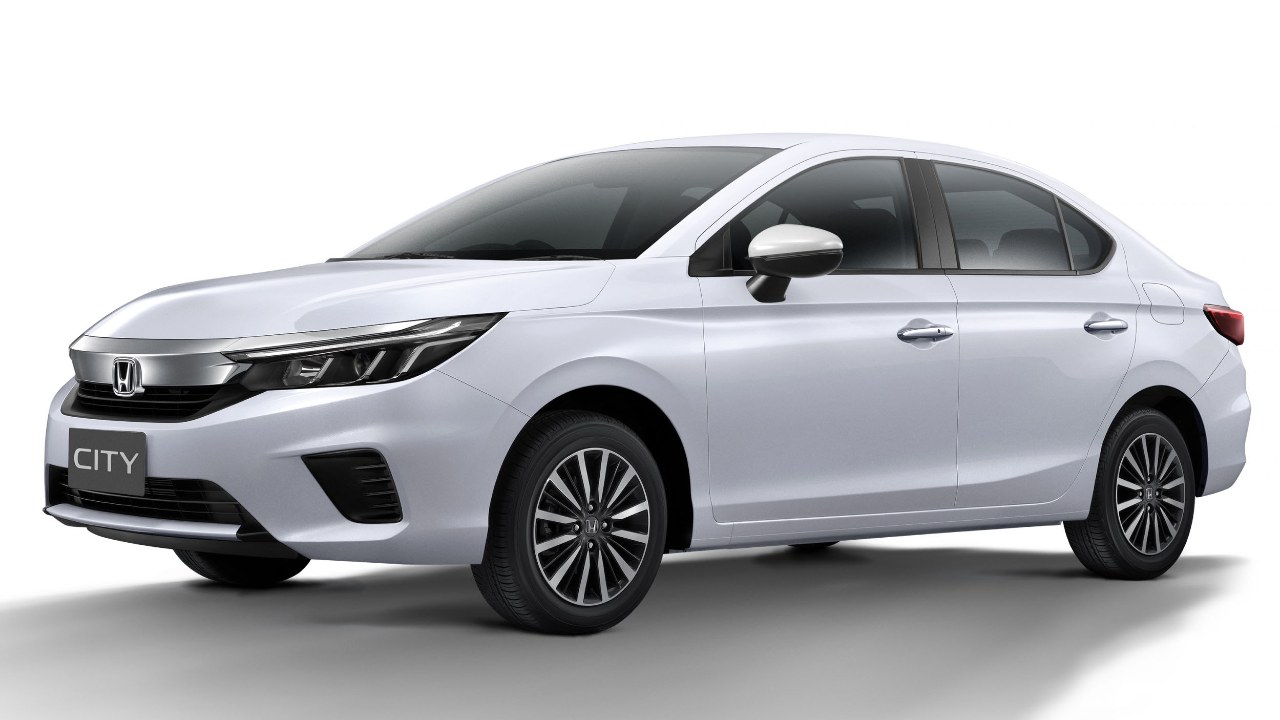 The styling is an adaptation of Honda's current family design and the sedan now gets more in line with its elder siblings Civic, Accord and also the younger sibling, the Honda Amaze. The fat chrome grille runs across the width of the sedan flanked by newly designed all-LED headlamps. Along with a new fascia, the rear end gets its share of revision with newly designed taillamps and bumpers. The Honda City in the international market sits on 15-inch wheels but the India spec model is most likely to get a larger and wider set of wheels. Honda has also unveiled the RS trim of the City that sports a new shade of red.

The cabin hosts major changes as well. The dashboard has been reworked and this time the City sports an 8-inch infotainment system with Apple Carplay with Siri voice control. Android Auto will make its way by the time the fifth-generation Honda City debuts in India. The air-con vents get a vertical design as oppose to the horizontal ducts in the current car.

The new drivetrain includes a 1.0-litre three-cylinder turbocharged petrol engine mated to a seven-speed CVT automatic gearbox. The power rating for the same is 122PS at 5,500rpm and 173Nm of torque between 2,000-4,500rpm. The 1.5-litre petrol engine with the mild-hybrid tech is also an option in the international market. The Indian market is most likely to get the downsized 1.0-litre engine option and probably Honda will carry forward the 1.5-litre diesel engine from the current car.