The 2019 Honda Civic is expected to be priced between Rs 16-22 lakhs when it is launched in India.

This is a good move. The Civic is and has been, Honda's best-selling car worldwide, over more years than you have fingers. We got the eighth-generation FD in 2006 and when Honda decided to not give India the next one in 2011, and the years subsequently till now, it's only built up the anticipation for this one, the tenth-generation Civic. Rightly so, at last year's Auto Expo where we saw it (albeit the pre-facelift model) in the flesh for the first time, we were told it's new from the ground up, on a new chassis, bigger than ever before, and available with a diesel for the first time. All new, except the, carried forward 1.8-litre petrol under the hood. But that may not be as big a deal as you think, because... 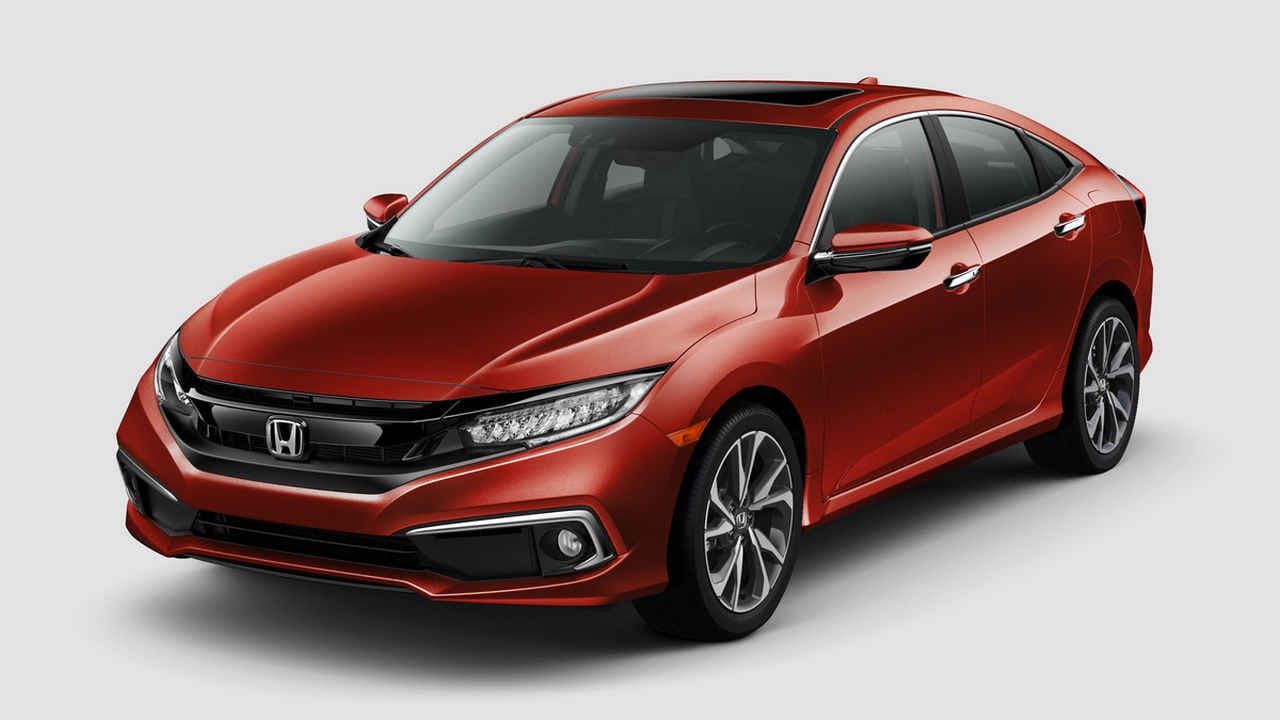 The 2019 Honda Civic is substantially longer, wider, and most importantly lower than the previous generation. Image: Honda

If you think the new Civic looks amazing in pictures, wait till you see one on the road. The new one is substantially longer, wider, and most importantly lower than the previous gen, thanks to a switch to Honda's new Compact Global platform. In fact, when this tenth gen car was being developed, word has it that it was benchmarked against more expensive German luxury offerings. That little nugget aside, the Civic certainly looks refreshing in a world of three-box sedans, with its low-slung front, and notchback rear.

The lighting at both ends is especially unique (and striking), and you wouldn't have trouble spotting one from afar. At a standstill and from certain angles, it seems like it sits a little high on its 17-inch wheels, but the suspension settles on the move. The great part is, it wouldn't take much to make one look like its Nurburgring-record-holding sibling, the Type R.

The cabin really does feel wide, and airy, with a great view out of the windscreen with the low-set dash. The second thing you notice when you get seated is just how low the 8-way electrically operated driver's perch goes. So far, so Type-R. You have a lovely three-spoke wheel ahead of you, and a three-pod instrument cluster with digital dials which work great to give you revs, speed and driving information just at the bottom of your vision. 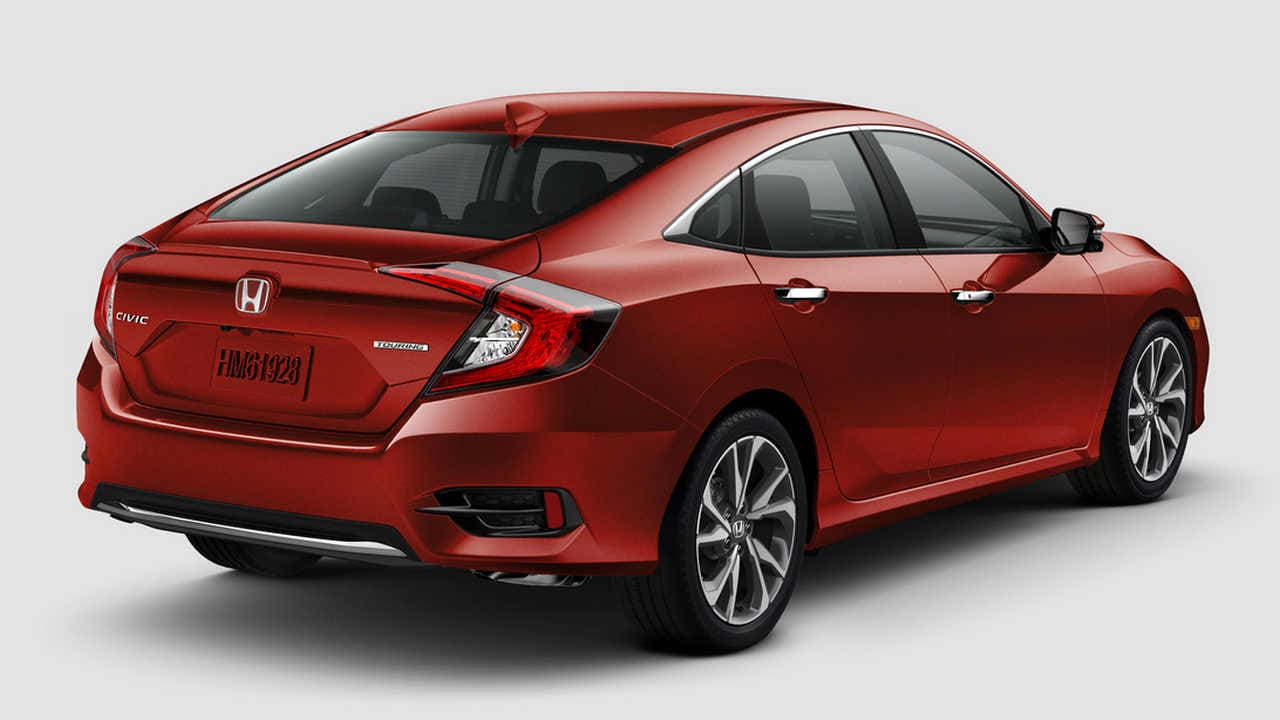 The 2019 Civic looks refreshing in a world of three-box sedans, with its low-slung front, and notch-back rear. Image: Honda

If you're bemoaning the disappearance of the two-tier instrumentation from the last car, well, in this Civic you have two-tier central storage that is very, very usable. There's a 12 V and 1.5 A USB port on the lower tier, with storage space for a phone on each tier so both front passengers have a place for their devices. Top-spec Civics abroad even get a wireless charging mat for the upper tier, and we wish Honda had done the same for us. The central storage tunnel is deep, gets two cup-holders (one of which is removable) and a sliding armrest on top. You can tell ergonomics were well thought out, with your arm on the armrest, it's barely a stretch to reach the intuitive climate control dials and buttons.

Unfortunately, the look and layout of the 7-inch infotainment isn't the most intuitive to use on the go, but it does have Apple and Android connectivity to make using it easier. Given that this segment of car often ends up chauffeur-driven, Honda's made the rear a nice place to be, with loads of leg and knee room. The seats themselves have soft cushioning, so you sink into them and sit very comfortably reclined, but support still seems good considering the bolstering. We thought the low roofline might hinder headroom but I didn't have issues, at a shade under six feet tall. There's no head restraint for a third passenger here, but three people on the rear bench wouldn't be a squeeze. It is strange though that a charging point isn't offered for the rear passengers, or rear sun shades, for that matter. Otherwise, the Civic is well-specced with Honda's Lane Watch camera system to take care of blind spots, keyless entry and auto everything, six airbags and more. 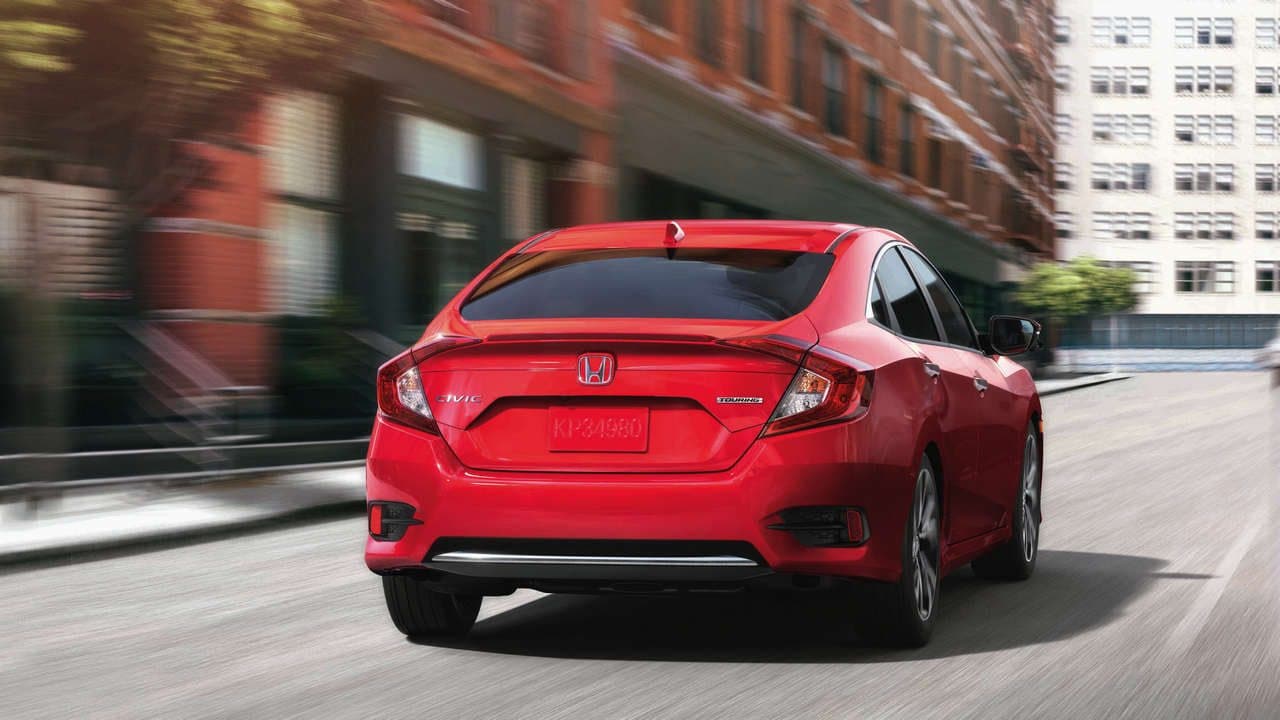 The 2019 Civic will only be available at launch as a petrol automatic or a diesel manual. Image: Honda

The Civic will only be available at launch as a petrol automatic or a diesel manual. The petrol is the familiar 1.8-litre SOHC with i-VTEC from the previous Civic, which Honda claims is BS6-ready and can achieve 16.5 kmpl. It does get intake and exhaust revisions to improve its drivability, even if the figures look very similar to what you remember from the 2006 car, at 141 PS and 174 Nm torque (versus 132 PS and 171 Nm). It's mated to a CVT transmission, with paddle shifters to take you through the seven predefined steps of the variable transmission. The diesel is the 1.6-litre borrowed from the CR-V, with a six-speed manual and a staggering claimed 26.8kmpl fuel efficiency figure! The reasoning behind this seemingly short lineup, Honda claims, is that petrol automatics are the biggest movers in a segment which itself has all but been taken over by SUV mania. So far, so practical then.

It drives very well!
Starting off with the petrol, it's smooth, quiet, and very, very refined till you get to the 4,500 rpm mark, post which you start feeling the dreaded rubberbanding - the CVT is robbing the motor of enthusiasm. For the section of highway driving that we did, the Civic felt more than willing to get up to speed, albeit in a dignified manner, with quick seamless pace.

Using the paddle shifters did introduce the tiniest jerk at each upshift, and I quickly decided it was best to let the car decide for itself. The transmission coasts when you're off the throttle, in the D mode, and this furthers the relaxed-cruise nature of this powertrain. Getting back on the throttle gives you the power for an overtake, and the whole things happen quietly in the background. Try hustling it on a set of hairpins (Nandi Hills Race to the Clouds, anyone?) and that peace is shattered, expectedly. The CVT struggles in more than half-throttle situations and I quickly found I was better off maintaining the momentum of the car through corners, something the Civic does stupendously well.

This is where the new platform really shines. It feels tight, with just the right amount of lift from the suspension to make it comfortable in most situations, save for the odd thud over sharp edges at high speed. The new Civic moves to a multi-link rear setup in the rear (the old one had a torsion beam) and that helps it toe the line between bordering on plush ride quality at low speeds, and handling. It's a comfortable ride in the back seat, that's for sure. 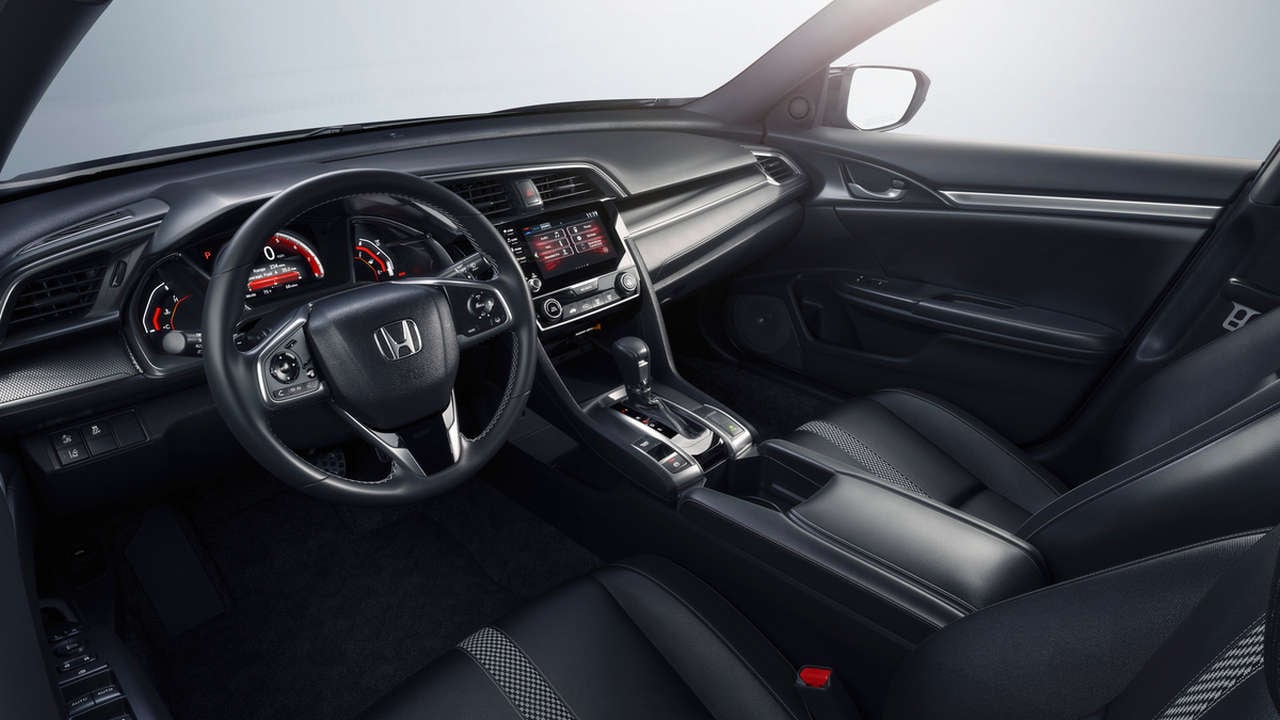 The cabin of the 2019 Honda Civic really does feel wide, and airy, with a great view out of the windscreen with the low-set dash. Image: Honda

As for the handling, even when carrying far too much speed into a corner, the Civic stays true to its line with confidence and barely any body roll, with just squeals from the Yokohama dB Decibel rubber arriving far, far before understeer did. The steering is electrically power-assisted with variable rack speeds, and while very helpful and light at low speeds, and solid-feeling at highway speeds, it just doesn't weigh up enough in a corner to let you read what the brilliant chassis is saying. We doubt most Civic owners are going to be attempting hill climbs anyway, but the precise steering, low seating and tight chassis should make drives of a medium level of enthusiasm quite fun. The brakes are sharp, without being too grabby, and with discs at all corners, the car's balance doesn't get upset when braking from high speeds.

Surprisingly, it's the diesel that ups the fun. Armed with the typical Honda short-throw, slot machine six-speed gearbox, it's a joy to put the 300 Nm torque down on a hill road, using the gearbox to keep you in the power. Unlike the CR-V with its nine-speed automatic which does well to hide any turbo lag, the diesel Civic does get going just under 2,000 rpm and feels quickest when short-shifting just above 3,500 rpm instead of revving it out. It's not as narrow a powerband as it appears though because the ratios seem perfectly spaced for low speed pottering around in second or third, and effortless cruising at high speeds, where the engine is ticking over at 1,700 revs at 100 kmph, in sixth gear. The clutch has a light action too, and we don't see Honda's decision to not offer an automatic as too much of a bad thing, even for owners who drive themselves.

Should you get one?

Here lies the biggest quandary for someone in the market for a car which starts at Rs 17.69 lakhs. Most would choose the extra practicality of an SUV, but there's still something about announcing your arrival in a striking sedan — it just does it better. And the fact that the Civic is exactly that, with good comfort and driving dynamics, even if it's not got the most exciting engine options out there. It's been a long wait, and it's been (mostly) worth the while.

'Rahul Gandhi can hug PM, but people will not hug him in 2019': BJP slams Congress president after CWC meet