The BMW X4 Coupe-SUV will compete with the Mercedes-Benz GLC and the Range Rover Evoque in India. All engines are mated to an eight-speed ZF automatic and BMW's xDrive all-wheel drive is standard. There are adaptive suspension and four driving modes, EcoPro, Comfort, Sport and Sport Plus. There is also 50:50 weight distribution, and six airbags and other systems normally available in this segment like traction control, hill descent and so on. The BMW X3 and X4 are both based on the BMW Cluster Architecture (CLAR) platform and hence have much in common.

The X3 and X4 are both based on the BMW Cluster Architecture (CLAR) platform and hence have much in common. The exterior of the BMW X4 also takes design cues from the X3. The front is very similar to the more upright car but the front bumper is more aggressive with wider air intakes. The roofline is highly raked after the B-pillar and falls sharply into the boot. The car, in general, looks like a shrunken X6 and is very similar in profile. The rear design is unique and has wide LED taillamps which run into the boot lid. While the X4 shares its wheelbase with the X3, it is 44 mm longer, 27 mm wider and 55 mm lower. 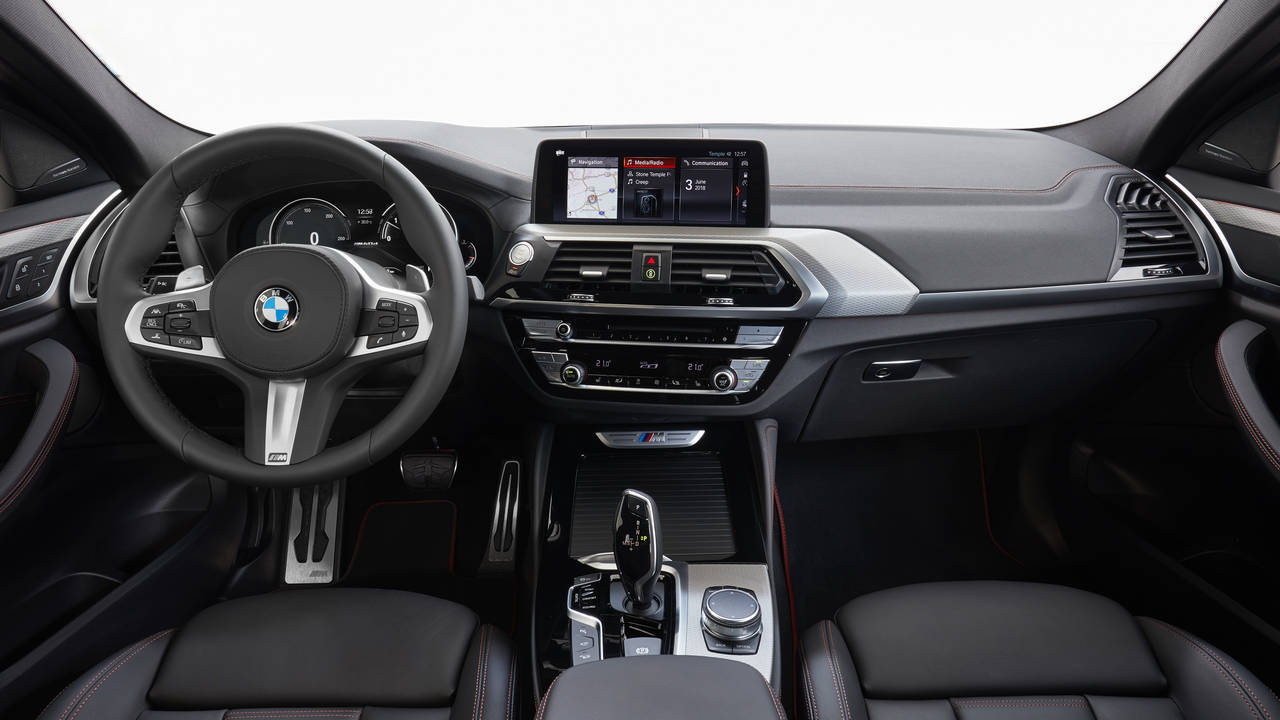 The X4 Coupe gets a 10.25-inch iDrive infotainment screen, head-up display and a 16 speakers Harman-Kardon system.

The BMW X4 SUV will compete with the Mercedes-Benz GLC and the Range Rover Evoque. While coupe SUVs can be criticized for the compromised practicality not being compensated for with better driving dynamics than straightforward SUVs, the imposing design makes them very popular among car buyers. The new X4 will likely continue with this trend.