BMW showcased the facelifted version of its flagship offering, the 7 Series in China. The reason for choosing China over any other location is the importance of the Chinese market for the German car manufacturer.

China has contributed to 44 percent of global BMW 7 Series sales. BMW has been working on its niche offerings with the launch of new models such as the X7 SUV and also the new 8 Series. The company believes that China will be a key market for these luxury vehicles. 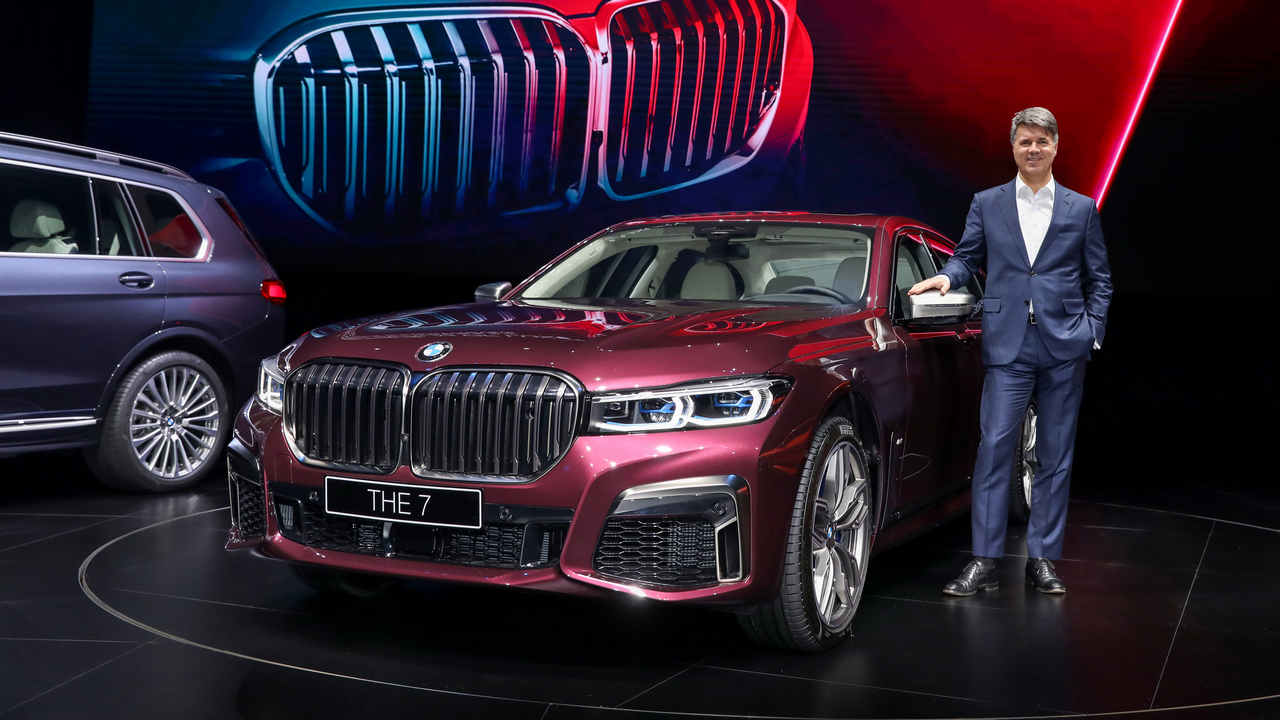 What all has changed in the new BMW 7 Series? Since it is a facelift, BMW has retained most of the characteristic traits of the luxury sedan. But at the same time has given it subtle styling tweaks to differentiate from the previous. Among the changes, the one element that stands..err..screams out is the new grille. When the first images of the spied 2020 BMW 7 Series came out, the grille design was speculated to be a temporary design. But in the production form, BMW has increased the size of the single-piece kidney grille by 40 percent.

The sleek headlights with an optional BMW Laserlight with a large (really large) grille might not be to everyone's liking, considering it is a subjective decision. Moving on, the bonnet gets additional contouring while the rear gets a wide light strip with larger exhaust openings. Additionally, the rear also gets three-dimensional and 35-millimetre slimmer rear lights. Back of the new BMW 7 Series.

The cabin design of BMW 7 Series facelift continues to be as luxurious as always. It gets a 12.3-inch digital instrument cluster and a 10.25-inch Control Display on the centre. The trim has been updated with a new design leather-wrapped steering wheel and updated panels with driver assistance features. The 7 Series now gets Bowers and Wilkins Diamond 3D surround system as an optional feature. Occupants seated at the back can make use of the rear-seat entertainment system with a full-HD touchscreen display. BMW claims that soundproofing has been improved around the rear wheel arches, B-pillars and seatbelt outlet covers in the rear, and for the side windows and rear window.

The cabin design of BMW 7 Series facelift continuous to be as luxurious as always.

In terms of powertrain, the updated line-up of engines is all variants meet the Euro 6d-TEMP exhaust standard. A V12 engine is offered in the BMW M760Li xDrive. The V8's output has been raised by 80 PS to make it deliver 530 PS for the BMW 750i xDrive. There will be three diesel engine options with up to four turbochargers and outputs ranging from 265 PS to 400 PS.

Additionally, BMW is also offering plug-in hybrid variants of the new 7 Series with specially adapted six-cylinder in-line petrol engine and upgraded high-voltage battery. The system output in Sport mode has been raised to a maximum of 394 PS whereas the electric range has been increased to 50 58 kilometres. BMW states adaptive suspension and two-axle air suspension are fitted as standard. Integral Active Steering and Executive Drive Pro with active roll stabilization (not available for plug-in hybrid models) will be available as options. BMW M760Li xDrive and plug-in hybrid variants with model-specific chassis tuning will also be on offer.