It's on: Zimbabwe tour to go ahead as per schedule, says PCB

The Pakistan Cricket Board (PCB) reaffirmed that the tour by the Zimbabwe team was still on as per schedule and they would reach Lahore on Tuesday.

The chief operating officer of the board, Subhan Ahmad said they had received no information from the Zimbabwe board about the cancellation of the tour. 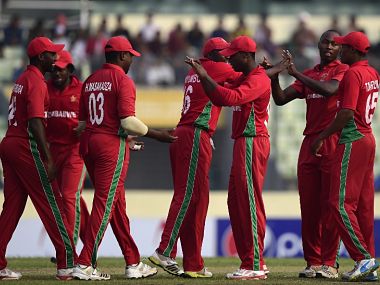 "The tour is on and we are proceeding ahead with our preparations as planned," he said.

Confusion reigned late last night when first, Cricket Zimbabwe announced they had opted out of the short tour because of security apprehensions following an attack in Karachi on the Ismaili community in which 46 people were killed.

But half an hour later the Zimbabwe officials retracted their statement, saying they were still discussing the matter as the PCB had reassured them that foolproof security would be given to the team during their stay in Lahore.

PCB Chairman Shaharyar Khan later told PTI that while the Zimbabwean government had advised its cricket board to call off the tour but it was keen to go ahead and was discussing the matter with players and security experts.

Sources said that the PCB had used foreign office channels to convince the Zimbabwean board that their players would be safe in Lahore.

The PCB is also reported to have asked Zimbabwean head coach Dav Whatmore to support the tour since he remained in Lahore for two years, while coach of the Pakistan team in 2012-2014.

A source in the PCB said it would not earn much from the coming series of 2 T20 and 3 ODIs as it would spend around one million US Dollars on the security and match fees of the visiting players.

"For us this series is not about making money but to highlight the fact that international teams can safely play in Pakistan as our new security protocols and standards are very high," the source said.