Sofia: The international wrestling governing body, United World Wresting (UWW), plans to keep the world championship in its 2021 calendar as it would be the first time the event was staged in an Olympic year, UWW’s vice-president said on Monday. 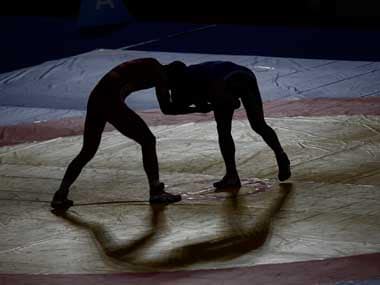 “We know that the Olympic Games will take place only a couple of months before that but we want to give much more wrestlers to compete at top level following the unexpected pause because of the coronavirus crisis.

“The wrestlers deserve their big tournament and we’ll most probably see the first world championship in an Olympic year for the very first time,” added Tzenov, also a long-standing general secretary, vice-president and president of the Bulgarian wrestling federation.

The world championship in Oslo is scheduled to take place in early October next year, only two months after the Tokyo Games but Tzenov said the competition in Norway could be postponed by several weeks.

“The hosts — the Norwegian federation, said it was ready to postpone the championship by several weeks but to organise it in 2021,” he said. “The final decision will be taken later this year.”

The European qualifier in Budapest will be staged in March 2021 while the world “last chance” qualifier in Sofia will take place in early May next year.

Tzenov said that UWW can also change the dates of other events, depending on the situation around the globe, adding the world’s governing body will most probably take a decision in August.

Wrestling was one of the original nine sports included in the first modern Olympics programme in 1896. The women’s competition was added in 2004.