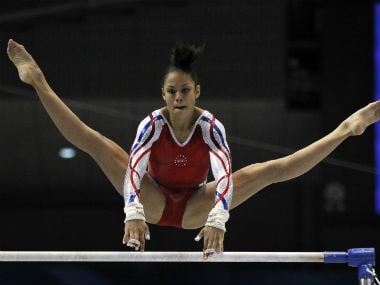 Sabrina Vega also sued Nassar, USA Gymnastics – the governing body for her sport – and the US Olympic Committee (USOC), claiming Nassar molested her hundreds of times starting when she was 12 years old.

The 22-year-old alleges some of the abuse took place at the Karolyis' remote Texas ranch, which USA Gymnastics sanctioned as an elite training center for national and Olympic athletes.

At least 265 female athletes – including several Olympic gold medal-winning gymnasts – have said they were abused by Nassar over a two-decade period, in the guise of medical treatment.

The scandal is the biggest in US Olympic history and has had far-reaching ripple effects – ending careers at USA Gymnastics, the Olympic committee and at Michigan State University, where Nassar practiced medicine.

Athletes have testified in court that girls were easy prey at the Karolyi ranch outside of Houston, where parents were not allowed, but Nassar had unsupervised access to girls' dormitory rooms.

"I have struggled to cope with the effects of the repeated abuse I suffered," Vega said in a statement.

"USA Gymnastics, the USOC and the Karolyis failed to protect me and the other athletes in their care and I believe they should be held accountable."

Vega is seeking more than $1 million in damages from a Texas state court.

The Karolyis – who are suing USA Gymnastics and the USOC, and also are co-defendants in several lawsuits – told NBC television's "Dateline" in April that they never knew Nassar was preying upon girls.

Nassar is serving three prison sentences totaling up to 175 years.