Catch all the live updates of the final day of the BWF World Championships, including the mouthwatering clash between PV Sindhu and Nozomi Okuhara

KENTO MOMOTA WINS IT IN STYLE!

One would wonder whether Momota can ever be beaten at major tournaments. He's literally just thrashed Anders Antonsen 21-9, 21-3 to retain the World Championship crown. Ridiculous as it sounds, Momota was very much capable of doing that.

Sindhu is not even flinching. HOW? Third time lucky? Nah, she was class apart this time around. She decimated Okuhara 21-7, 21-7 to win gold at the World Championships!

Talk about controlled aggression! Sindhu just outmuscles Okuhara in all the areas to take a 1-0 lead in this final match. Sindhu has looked positive on the attack and her strokes have enough power to beat Okuhara's defence.

It was a nail-biter, surely!

Matsumoto and Nagahara become only the sixth women's doubles pair in the history to win back-to-back titles.

KENTO MOMOTA WINS IT IN STYLE!

One would wonder whether Momota can ever be beaten at major tournaments. He's literally just thrashed Anders Antonsen 21-9, 21-3 to retain the World Championship crown. Ridiculous as it sounds, Momota was very much capable of doing that.

You just can't skip this!

No one deserves that gold as much as this girl deserves
Super proud and super happy 💃💃💃
Congratulations @Pvsindhu1
Baby ❤️❤️🥇🏆 pic.twitter.com/S2UFK0RSeW

Kento Momota and Antonsen is another great match to watch for all badminton fans. The Dane has taken a 3-1 lead against the defending champion. Momota looks a little nervous there.

PV Sindhu's win hasn't sunk in yet. It's going to take some time for it to settle in. In the meantime, just look at Anders Antonsen. Dramatic. Is Viktor Axelsen watching? He's the only European shuttler on the fixture list today.

Nobody walks into the court in their FIRST EVER World Championships Final better than Anders Antonsen.

Like a boxer, he walks in with the Danish flag!!!#BWC2019 pic.twitter.com/9DfMY0ILRB 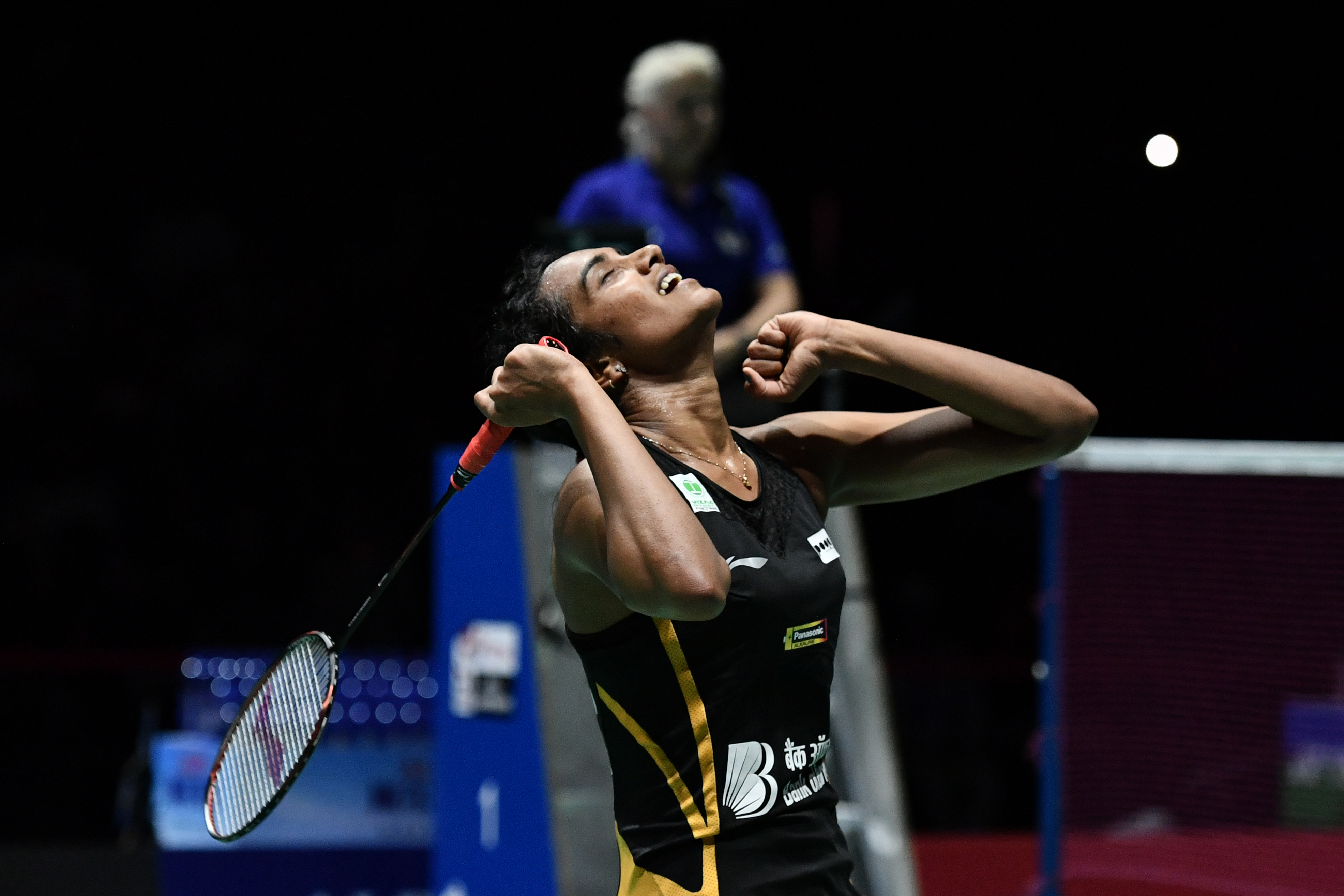 Oh, it's time for the national anthem. Look at that Indian flag soaring high above the likes of Japan and China. Sindhu has made this dream possible. 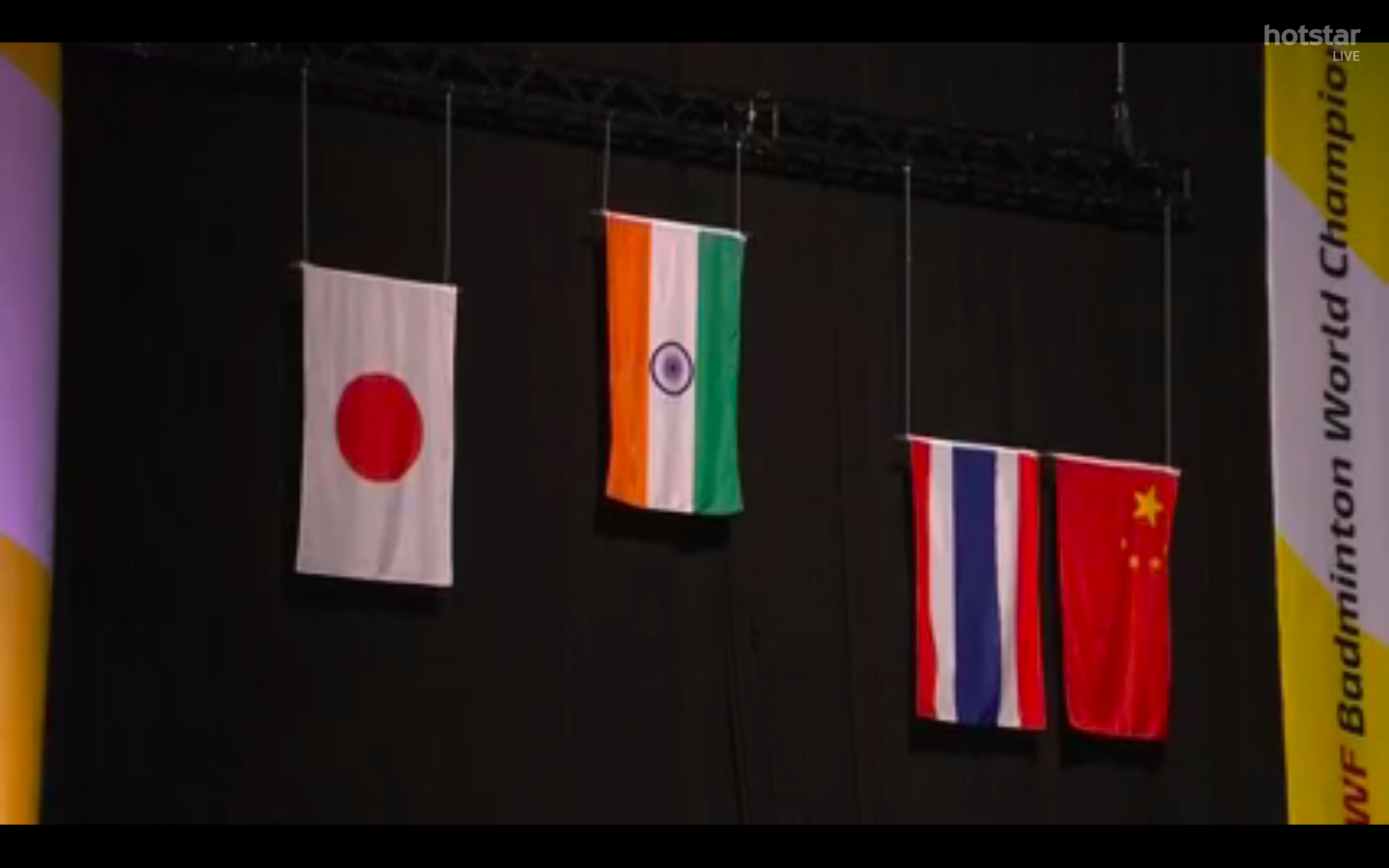 "I am proud of the fans here, thanks for their support. Thanks to my coach Kim (Ji Hyun) and Gopi sir and all the support staff. And I dedicate this award to my mom, it’s her birthday today. Happy birthday mom”, says Sindhu after becoming the first Indian world champion.

After all the heartbreaks, it's time for Sindhu to rejoice!

Indian shuttler PV Sindhu will take on Japan's Nozomi Okuhara in the final of BWF World Championships on Sunday.

Today's final will be Sindhu's third straight World Championships final and a repeat of 2017 epic summit clash in which Okuhara finished on top.

Sindhu has won five medals in total at World Championships, which is the joint-most for a woman singles player.

Sindhu has a slender 8-7 head-to-head advantage over the Japanese shuttler and would like to make it count in the final as she chases the elusive gold medal.

The Indian shuttler defeated China's Chen Yufei 21-7, 21-14 in the semi-finals inside 40 minutes to reach the final.

The 24-year-old did not lose momentum in the second game and she kept on playing in an aggressive manner and eventually came out triumphant.