Pyeongchang: Russia hopes its Olympic ban for systemic doping will be lifted before the end of the Pyeongchang Winter Games, a senior sports official said on Thursday, adding that athletes had been warned to comply with strict rules governing their behaviour. 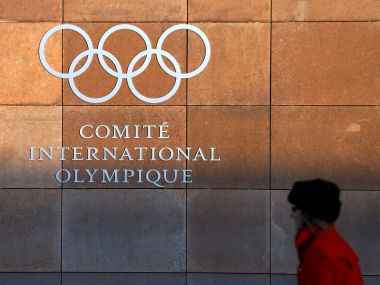 The IOC headquarters is pictured on the day of a meeting on sanctions for Russian athletes. Reuters

The country will have 168 athletes in South Korea but they are taking part as neutral "Olympic Athletes from Russia" because the Russian Olympic Committee (ROC) was banned on 5 December.

The International Olympic Committee (IOC) could lift or partially ease the ban in time for the closing ceremony on 25 February, as long as the Russians observe conditions including not showing the Russian flag or wearing its colours.

Speaking on the eve of the opening ceremony, ROC vice president Stanislav Pozdnyakov said: "We hope that the IOC suspension of the Russian Olympic Committee will be lifted before the end of the Games."

As well as the 168-strong Russian team, 60 more Russian athletes and staff have pending appeals at the Court of Arbitration for Sport (CAS) in a last-ditch bid to take part in Pyeongchang.

Russia, with its highly orchestrated, clandestine doping programme in full swing, topped the medals table at their home Sochi Games four years ago.

Pozdnyakov, chef de mission of the Russian contingent, declined to say how many medals the team will aim for this year, and said Russian competitors have been told to follow the IOC rules as neutrals.

That means no Russian flags or colours and they will also need to be careful about their use of social media, among a raft of restrictions.

"We have already given advice to them," said Pozdnyakov, who expects about 80 OAR competitors to march at the opening ceremony.

"We are trying to avoid our athletes violating the IOC rules. Everyone in the delegation knows the rules and is ready to respect these rules."

IOC president Thomas Bach this week signalled he may be open to ending Russia's ban when he said the Olympic body wants them to observe the "letter and the spirit" of the conditions.