Other Indians who made the quarterfinals were the men's doubles pairing of Manu Attri and B Sumeeth Reddy, and women's doubles duo of S Poorvisha Ram and Meghana Jakkampudi. 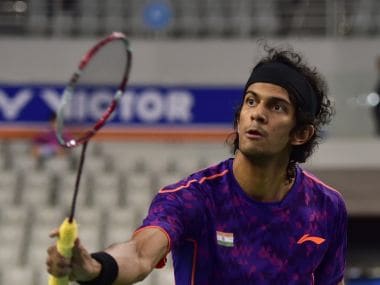 The Indians now face another Japanese combine of Takuro Hoki and Yugo Kobayashi.

The women's doubles pairing of Poorvisha and Meghana advanced to the last eight with a 21-16, 21-6 win over America 's Ariel Lee and Sydney Lee.

Jwala Gutta and Ashwini Ponnappa were seeded one for the women's doubles but they did not take part in the competition due to latter's health.