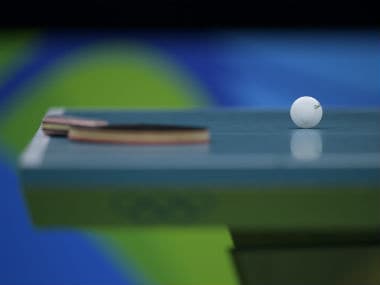 Come June, some of the world’s finest table tennis stars will descend on Indian soil for the much-awaited second season of Ultimate Table Tennis. The country’s first ever professional table tennis league was very well received by all the players, respective International Federations and audiences in its inaugural season. 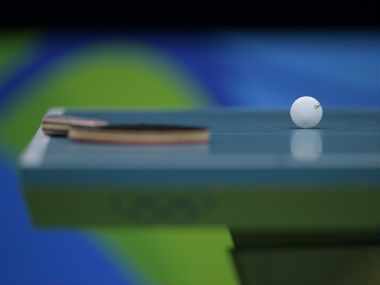 Reflecting the excitement for the tournament among players, four of last year’s players- men’s world No 20 Aruna Quadri & world No 34 Kou Lei along with women’s world no. 22 Sofia Polcanova and world no. 72 Sabine Winter will return for the second edition. A few new signing have been made to the second season as well with the most notable players being men’s world no. 37 Alvaro Robles from Spain along with women’s world no. 20 Georgina Pota and world No 25 Matilda Ekholm who have previously been a part of Seamaster ITTF India Open. Sweden's Matilda Ekholm and Hungary's Georgina Pota had won the doubles title at Seamaster 2017 ITTF World Tour India Open in New Delhi

African Champion and one of the best offensive players on the table, Aruna Quadri, has had a great run in 2017 having won the Polish Open and achieved a World ranking of 20- the best in his career so far. He played for Oilmax Stag Yoddhas in the inaugural season where he went on to win a total of 198 points for his team. Oilmax Stag Yoddhas finished last season at fifth place.

Joining Aruna for the second edition of UTT is World No. 34 Kou Lei who plied his trade alongside Marcos Freitas for the Dabang Smashers T.T.C. Kou Lei recently won the Oman Fibre Optic International Open held in Muscat. He scored a total of 174 points during the first edition to help Dabang Smashers T.T.C reach third position in the league. Women’s world no. 22 Sofia Polcanova and world no. 72 Sabine Winter are back for the second season as well. They played alongside ace Indian paddler Sharath Kamal for RP-SG Mavericks last season and together scored 416 points for the team that finished at the bottom of the league table.