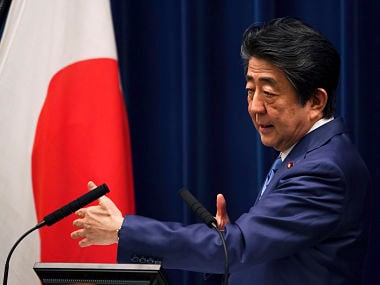 The Sankei newspaper had earlier reported that the Japanese government is negotiating with the IOC to postpone the Games by a year at the most due to the coronavirus outbreak.

The Canadian and the Australian Olympic committees have already said they will not send teams if the event remains scheduled for July. More recently, New Zealand and the US have also joined calls for postponing the Games.

The Tokyo Games and the torch relay have been caught in limbo since IOC president Bach said four weeks were needed to decide on the fate of the Games scheduled to begin on 24 July.

On Monday, IOC member Dick Pound said the Swiss body appeared to have decided to delay the event, likely for a year, due to the virus.

Efforts to contain the spread of the coronavirus has led to major travel, commercial and social restrictions, which have also disrupted many athletes’ preparations.

As of Tuesday, Japan had 1,128 confirmed cases and 42 deaths. The situation in Japan seems almost normal with ordinary daily activity continuing, a stark contrast to Europe and the United States.