Tokyo Olympics 2020: Japan health minister Katsunobu Kato says it's too early to talk about cancelling Games due to coronavirus

Tokyo: Japanese health minister Katsunobu Kato said on Tuesday it was still too early to talk about cancelling the Tokyo Summer Olympics, which start on 24 July, due to the coronavirus and its spread in Japan. 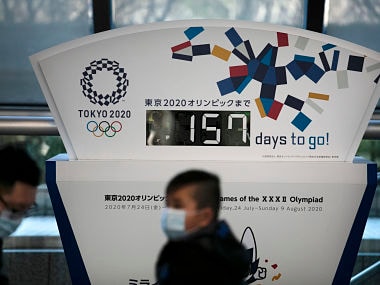 Questions have risen about whether the Olympics should be moved or cancelled, with one London mayoral candidate saying London was ready to host the games if needed.

Kato’s comments came after the minister was asked about such views at a news conference.

The coronavirus outbreak, which started in China's Wuhan, has resulted in numerous sporting events being moved or postponed. The Tokyo marathon's mass participation race, in which 38,000 had registered, has been cancelled. The race would only see the elite marathon runners taking part - 176 athletes and 30 wheelchair athletes. 1800 runners from China were registered to compete in Japan on 1 March. The race acts as an Olympic trial for Japanese marathon runners.

Nagoya Women's Marathon, scheduled for 8 March, has been limited to elite runners only. The elite field features only the invited athletes and those who have run marathons in 3 hours or less. The public marathon and related events were expected to attract nearly 40,000 people.