Johor Bahru (Malaysia): Already through to the final, the Indian junior men's hockey team on Friday suffered its first defeat at the eighth Sultan of Johor Cup, losing 2-3 against Great Britain in its last round robin match. 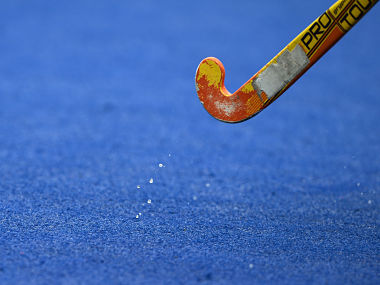 With four consecutive wins earlier in the tournament, India had already entered the summit clash ahead of Friday's clash with 12 points.

Great Britain are placed second in the points table with 10 points from five games out of which they won three.

The Indian juniors led by Mandeep Mor made a strong start making potential forays into the rival's striking circle.

The tactic fetched the Indians back-to-back penalty corners in the fifth minute and Vishnukant Singh converted the second attempt with a good variation.

India's lead was shortlived as last year's runner-up side Great Britain equalised in the next minute, courtesy a brilliant field goal from Cameron Golden.

In the second quarter too, India continued to dominate stretching Great Britain's defence.

While one penalty corner went wasted, the second set piece was converted by Shilanand Lakra in the 20th minute to hand India a 2-1 lead.

The third quarter, however, belonged to Great Britain, as they tested the Indian defence with continuous raids.

India conceded back-to-back penalty corners, courtesy some sloppy defending inside the circle and Great Britain capitalised on the opportunity by scoring in the 39th minute through Stuart Rushmere.

The Englishmen continued to put the Indian defence under pressure in the final quarter as they found ways to create chances.

Great Britain took the lead for the first time in the match in the 51st minute through another penalty corner which was converted by captain Edward Way.

Thereafter, Great Britain defended in numbers to deny the Indians any headway.

The final of the tournament will be held on Saturday.