As Viswanathan Anand sat down to have a chat with commentator Maurice Ashley after drawing his game in the last round against Wesley So, he could easily justify the way his opponent had conducted the game. Preferring a solid variation against the Nimzo Indian defence employed by Anand, So played very solidly with white pieces, not allowing any dynamics to be created on the board, and kept complete control of the position to achieve a draw without giving any semblance of counterplay for Anand. Viswanathan Anand in action during his game against Wesley So.

"To be honest, my chances were the least in this round (to win the tournament). I had black against Wesley. I have been (in his situation) – You have had a really bad event, you want to really play solid (in the last game), cut your losses and get out," Anand said understanding So’s solid play. Such control with white pieces made sure that Anand could never try for a win that could have given him chances to fight for the winner’s trophy in the tournament.

But it wasn’t so smooth for Anand in the last round. In his pet 4.Qc2 variation against the Nimzo Indian defence, So benefitted from marginally inaccurate play by Anand in the opening, created an isolated pawn for black on the c-file and had started encircling it slowly. And to add to the pressure, black’s kingside had a fractured pawn structure too, thus seemingly tipping the balance in favour of white.

But here’s where So’s uneven play so far in the tournament played a part, the resulting undermining of confidence affecting his gumption. And it resulted in a slip which is not easily understandable unless one understands white’s psychological state. 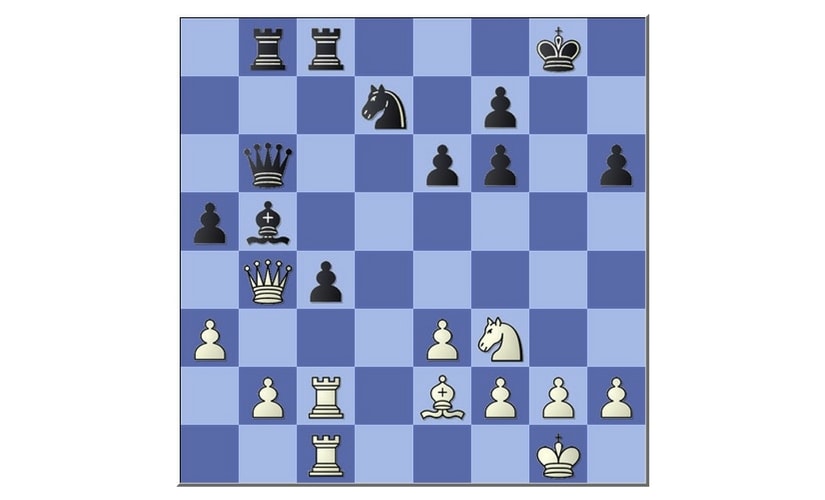 Wesley So - Viswanathan Anand, Sinquefield Cup (9th Round)
(Position after black’s move 20...a5)

White’s advantage is obvious. He has just two pawn islands compared to black’s four, and eyes the weak pawn on c4 and the fractured kingside. A careful consideration of these two factors would have enabled him to find the strongest move here: 21.Qe1! The idea behind the move would be to attack the c4-pawn in future with a further Qe1-f1 when necessary, as well as to play Nf3-d4 followed by f2-f4, creating a path for the white queen to be shifted to the kingside to probe black’s weaknesses.

Not being suitably spirited to play for an advantage due to having had an uneven tournament, So preferred 21.Qc3 aiming just the centralisation of the Queen on the next move with 21.Qd4, whiling away his advantage. The game ultimately ended in a draw in 33 moves. Anand finished in a tie for 2-3 places along with Magnus Carlsen with 5½ points.

Anand took the result pragmatically, considering his two wins and seven draws as satisfactory in such a strong tournament. "I am quite happy with this result, Plus 2 is my highest score in Saint Louis (ever) and sure, now I will get ready for the Rapid & Blitz," Anand said while already contemplating on the next challenge, when he starts playing the speedier event – next leg of the Grand Chess Tour at the same venue from 14th to 19th of August.

The most dynamic and thrilling game of the last round was between world champion Magnus Carlsen and joint leader Levon Aronian. The top two players of the world produced an uncompromising fight in such a crucial round. Needing to win the game to finish first in the tournament, Aronian courageously aimed for a complex fight, drumming up an attack against the white king. However, Magnus Carlsen too rose to the occasion and responded brilliantly by preferring to counterattack rather than defending passively. Though the game had its imperfections, Carlsen confidently won the game in 52 moves.

Anand’s draw and Aronian’s defeat paved the way for the other joint leader Maxime Vachier-Lagrave to conduct a confident strategic middlegame with white pieces against Ian Nepomniachtchi. Creating a strategic initiative in the opening phase itself, Vachier-Lagrave nursed his advantage all through the middlegame and endgame and finally converted the advantage in 52 moves, displaying admirable control and balance even in such a crucial game, to claim the title all atop at six points.

Results: (9th and final round)