India continues to make its presence felt in badminton by achieving yet another unique feat, this time in the not-much-talked-about doubles department.

On what was a rough day for the singles contingent, following the exit of all the singles players before the semi-final stage, at the recently-concluded Japan Open Superseries, it was a mixed doubles pair that made their way to the last four and that too for the first time in nearly seven years.

India’s top-ranked mixed doubles pair of Sikki Reddy and Pranaav Jerry Chopra made an impression by securing a place in their maiden Superseries semi-final with a 21-18, 9-21, 21-19 win over the South Korean duo Kim Ha Na and Seung Jae Se in the quarter-finals. Although the Indian duo lost in the semi-final last Friday by a narrow margin against Takuro Hoki and Sayaka Hirota of Japan, the strong show in Tokyo was an indication of things to come for doubles players in the country.

The mixed doubles department is arguably an area where India has been fighting hard to churn out results. Since India's last Superseries breakthrough in 2011, when Jwala Gutta and V Diju were the only established mixed doubles pair from India, there haven't been many occasions to cheer in this segment for the country. There have been only a string of notable performances at international tournaments by Reddy and Chopra, but then they have tended to fizzle out, showing that the doubles players are still quite far from matching the deeds of their singles counterparts. 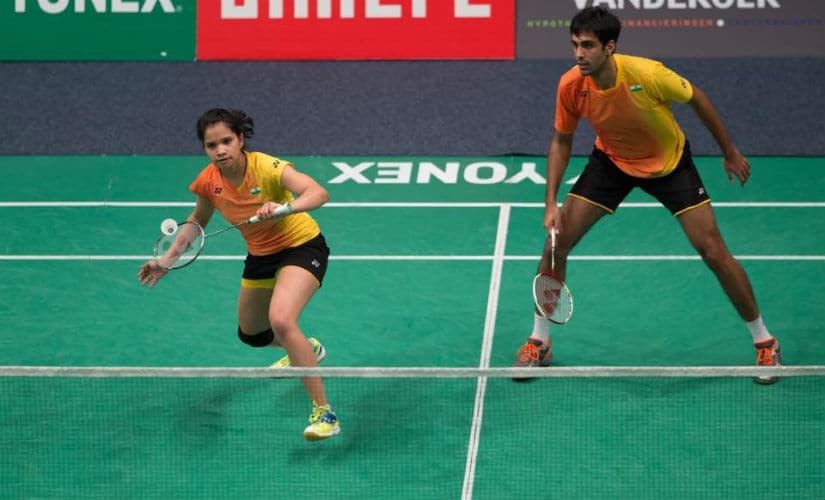 "We really wanted to finish on the podium but it was a good experience in Tokyo. We played well and that has given us a lot of confidence to get ourselves going ahead. Earlier, we were losing in close matches at numerous tournaments, which were really frustrating for us, but at the Japan Open, we tried our best to concentrate on finishing, to pull off matches,” Reddy told Firstpost after returning from Tokyo.

Reddy's partner Chopra, who came back from a shoulder injury, rued the missed opportunity of making it to the final but was upbeat after reaching his maiden Superseries semi-final in Tokyo. “We played some good badminton. It is definitely disappointing to lose in such a close semi-final when you could have been on the podium, but nevertheless, I would say that it is a beginning for us and we should just keep our focus for future tournaments,” explained Chopra.

The duo has been on the losing side of several close encounters against higher-ranked opponents over the past few tournaments. For instance, at the Badminton Asian Championships in April this year, they squandered a 14-11 lead in the decider against China's Zheng Siwei and Chen Qingchen before eventually losing 15-21 21-14 16-21. The results were almost similar at the Canada Open, where they lost 17-21, 22-20 18-21 to Shin Seung Chan and Kim Won Ho, while at the World Badminton Championships in Glasgow, the World No 17 was shown the door in the round of 16 by Indonesia's Praveen Jordan and Debby Susanto 20-22, 21-18, 21-18. These results have further proven that the Indian pair just need to get their finishing right.

India’s doubles coach Tan Kim Her, who has been one of the reasons behind the Indian doubles players’ progress, believes that his pupils are just a few of points away from making the difference at international tournaments. "Since the last six months, both Reddy and Chopra have played well against top doubles pairs but they couldn't finish the game at times. We analysed what went wrong towards the end of close matches and my instructions were to stay focused," said Tan.

"They (Reddy and Chopra) are already there at the international level, but what's missing is winning points at crucial stages of the match. They missed a few shots (in the semis), they should be more sure while playing in these tight situations. These are the matches we should win with finishing,” the Malaysian coach added.

Interestingly, since the start of the Badminton World Federation (BWF) calendar year, Reddy and Chopra have lost seven matches inside the first two rounds, leaving them with a 0-7 margin in three-game matches so far. It was a case of so near, yet, so far for the Indian duo, who had been under pressure due to the slump earlier this year.

"We had faced this pressure of performing in our previous events when we had some comparatively easy first rounds and the start here (Japan Open) was also slow but the coach (Tan) made us sit after the first match and motivated us to play to our capabilities and get us mentally tougher than what we were on the first day," reasons Chopra.

After every match, the Chopra and Reddy would watch their previous matches with Tan to analyse where they could improve. “We also analysed our opponents before the game, saw their videos and prepared ourselves and we planned our on-court strategy. Tan was very clear from the start about what was needed in crucial moments," said Reddy. 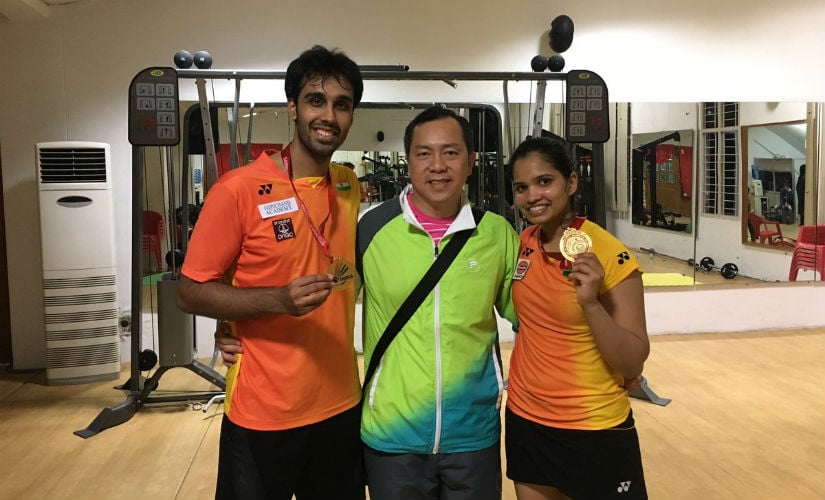 In a sport where there are no such favourites, Tan wanted the dynamic pair to start believing as each and every practice session passed by. “He (Tan) doesn't mind us losing, he has this one simple thing that if the opponent is playing better than us today then it's still understandable, but if they are not then we should be brave enough to take the chance to beat any higher-ranked player on that day,” Chopra said.

“My instructions were more towards their mental game. Normally, if there is a rally, I know that we have the highest chance of winning a point. As a coach, I do my job of analysing each and every movement of my players as well as the opponents, and while they are trailing, I tell them about the areas to target and how they should be careful of what's coming,” said Tan.

Alongside Tan, national coach Pullela Gopichand was also seen guiding the duo during the semi-final match against Takuro and Sayaka. “We were not told to just send the shuttle across the net and wait but to be prepared for the next shot. Our discussions during mid-game intervals paid off for the major part of the tournament. Even Gopi sir was present during our matches. His presence automatically boosts your confidence,” noted Reddy.

Tan, who was happy with the duo's impressive outing at the Japan Open, believed that by reaching the semi-finals, Reddy and Chopra now know how to handle the situation in big tournaments.

Young blood but lot of maturity

Meanwhile, just a week before the Japan Open, India's young pair of Satwiksairaj Rankireddy and Chirag Shetty also achieved a unique feat by reaching their maiden quarter-finals of a Superseries tournament in the Korea Open Superseries.

"Rankireddy and Shetty's game has developed a lot now. It's more mature now and they have a good understanding. I'm pleased with their progress so far, but again, I have set a target for them. Next year, we have a number of important tournaments, including the Asian Games and Commonwealth Games," said Tan before adding: "It is just a matter of time. It's an easy calculation, for example, we sent Satwiksairaj (Rankireddy) and Chirag (Shetty) to international series first and then at Superseries events so that they play and have the winning feeling. They won a few Challenger tournaments and are more confident."

The Malaysian coach further added that the hardworking bunch at the Pullela Gopichand Academy in Hyderabad gave him a lot of motivation to make them better each day.

"They have started showing some results but they still have a long way to go. I came to India with high hopes. I came here to help the hardworking shuttlers. They do give me a lot of motivation by working hard and showing their belief," Tan concluded.