Garbine Muguruza won consecutive matches for the first time since last year’s French Open when she beat American Shelby Rogers 6-1, 7-6(2) to advance to the quarter-finals of the Shenzhen Open on Wednesday. 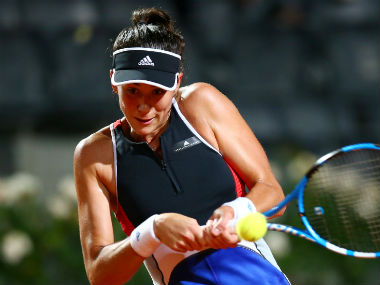 The sixth-seeded Spaniard, a two-times Grand Slam winner, fired 10 aces and won 80% of her first serve points to advance in an hour and 23 minutes.

“I think she started to play better and the match was more equal,” Muguruza said. “I was happy that at the end of the tiebreak, it was 50-50, and that I could win the match."

“Every match is very important and it’s great to start the year here and get as many matches as possible. Every tournament is a challenge and I’m happy to keep playing.”

Muguruza will face Kazakhstan’s Zarina Diyas who beat Russia’s Anna Blinkova 6-1, 6-7(9), 6-4 in a match that lasted two hours and 45 minutes.

Blinkova had upset top seed Belinda Bencic on Tuesday and despite breaking Diyas five times, she dropped serve nine times herself and made 11 double faults which proved decisive.

Fifth seed Ekaterina Alexandrova of Russia got the better of China’s Peng Shuai, a former finalist, with a 7-6(7) 6-1 victory.

The home fans did have reason to cheer, however, when fourth seed Wang Qiang overcame Belarusian Aliaksandra Sasnovich, recording a 6-4 0-6 7-6(5) victory.