Shanghai will play host to the opening ceremony and the final of the expanded 2021 Club World Cup in China, local media has reported. The tournament will expand from the seven teams format presently to 24 teams and be played across eight Chinese cities. 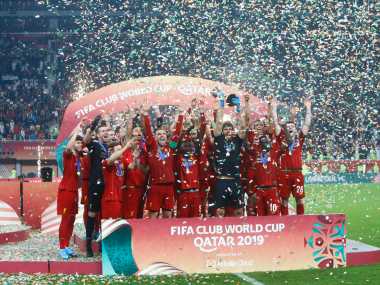 "We need to set up the organising committee soon and facilitate the construction of venues," Gou Zhongwen, head of China's State General Administration of Sport, was quoted as saying by news agency AFP in a meeting in Beijing.

"Meanwhile, we will work closely with FIFA and AFC to present great events."

China will host the 2021 Club World Cup and the 2023 AFC Asian Cup. The tournaments could be a precursor to China eventually hosting a proper World Cup in the future.