Milan: Bologna forward Simone Verdi has confirmed he has accepted a move to join Carlo Ancelotti's Serie A runners-up Napoli next season. 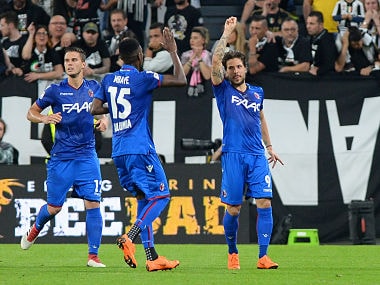 The 25-year-old turned down a move to Napoli last January but is now ready to head south where he will team up with fellow Italy international forward Lorenzo Insigne.

"I have always been consistent, I said in January that I wanted to end my journey and season with Bologna," Verdi said after Italy's 1-1 draw with the Netherlands in Turin on Monday.

"We spoke briefly to each other, but it was a formal conversation. I already worked with Sarri at Empoli, so I knew him well already.

"I simply wanted to end the season with Bologna and show my gratitude for their support."

He scored ten goals last season for Bologna who he joined after Carpi were relegated in 2016, having also previous played for Torino and his boyhood club AC Milan.