Deepika Kumari needed a 10 to beat the Russian archer's total score of 25. But she barely had any time left and could only shoot an 8.

FT - It finishes India 2-2 Japan. A lively game and both teams had chances to win it late but the goalkeepers came to their rescue.

GOAL!!! India draw level 2-2 with Japan. Lilima scores, Japan went for a referral but referee finds no problems with it.

GOAL!!  double their lead via Nakashima. A swift counter and a nice late guide into the net by Nakashima.

Archery Update: India have qualified for quarter-finals with a easy win over Colombia in the fourrth set 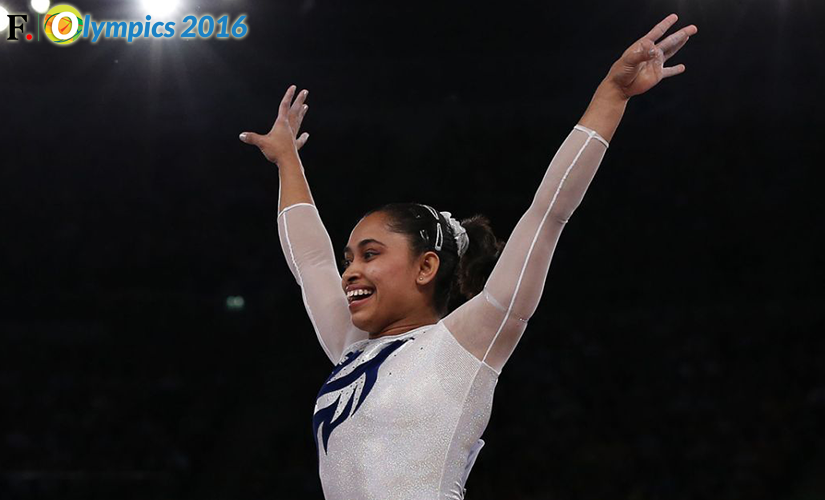 Artistic Gymnastics update: After USA's Simone Biles scores 16.050 in the Vault event, DipaKarmakar drops to 7th in the rankings. Remember, only top 8 qualify.

Look who I found at #ArtisticGymnastics! @Leander watching here, said he's staying around for next few days #Rio2016 pic.twitter.com/AXCakeEHHx

Next two divisions to begin at 2AM & 5AM. At around 6AM we'll know whether #DipaKarmakar has made it. https://t.co/iDm5TuQkwR #GYMNASTICS

Artistic Gymnastics updates: After 4 Rotations, Dipa Karmakar is 21st overall with an average score of 51.665.

Here are her scores

Deepika Kumari needed a 10 to beat the Russian archer's total score of 25. But she barely had any time left and could only shoot an 8.

Day Two Preview Dipa Karmakar, who scripted history by becoming the first Indian female gymnast to qualify for the Rio Olympics, will carry a billion hopes when the women gymnastics events unfold here on Sunday.

The Tripura girl, who rode on the Produnova, a tough front handspring and two front somersaults, said she is under no pressure and will give her best in the event.

"There is no such pressure of being in my first Olympics. I will give my best from whatever I have practised so far. Its all about practice and the rest is how you perform on the given day," Dipa had told IANS before leaving for Rio.

Dipa clinched five gold medals at the 2015 National Games in Kerala -- in individual all-round, table vault, balancing beam, uneven parallel bars and floor exercises and was one of the top medal winners at the event.

Daughter of a weightlifting coach, she also got a bronze at the Asian Artistic Gymnastics Championships in Japan last year.

Produnova, considered one of the most dangerous vaults in women's gymnastics, gives the 22-year-old an edge for a shock medal in the event, which she considers a pet event after extensive practice.

"I have attempted this vault so many times that now it doesn't appear so difficult for me now. I am confident of giving my 100 percent," she said.

Dipa is the third athlete in the world to complete the dangerous vault successfully after Russian Yelena Produnava and Yamilet Pena of Dominican Republic.