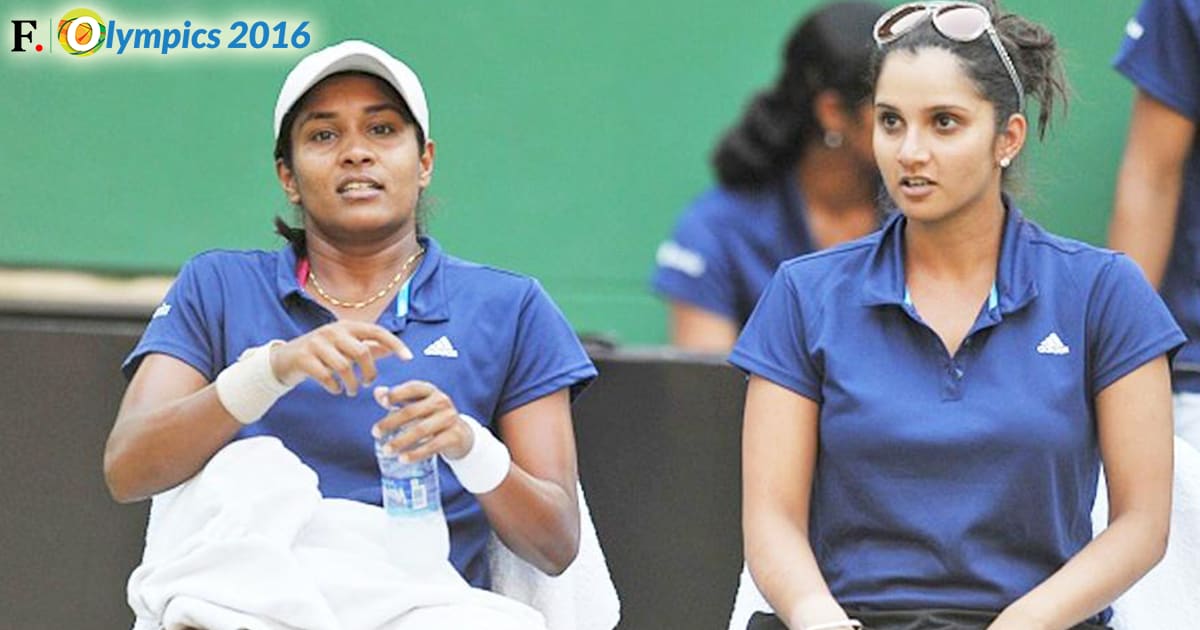 Day One Preview India would be eyeing a place in the final opening day of competitions itself when the redoubtable Jitu Rai takes aim at the shooting range even as the men's hockey team begins its quest to rediscover a golden past in the 31st Olympic Games in Rio de Janeiro on Saturday.

The 29-year-old Jitu would be the cynosure of all eyes when he would walk in with his pistol at the Olympic Shooting Centre to compete in his pet 10m air pistol event.

The pint-sized dynamo has managed to keep a low profile heading into the Games despite being in imperious form for the last two years during which he won gold medals at the Commonwealth and Asian Games.

His most recent medal -- a silver -- came at the World Cup in Azerbaijan in June, making him a hot property for opening India's medal haul in the Games.

Also beginning its quest for ending the medal drought of the last 36 years tomorrow would be the men's hockey team, which has, after a long time, managed to generate some buzz about its fortunes by producing some encouraging results in the run-up to the Games.

The team has decided to skip the opening ceremony to focus on the Group B lung-opener against Ireland.

The feuding tennis stars would also present their challenge for a medal from tomorrow with Leander Paes, who arrived late, teaming up with Rohan Bopanna for the opening men's doubles match. The Indian duo are pitted against the Polish pair of Marcin Matkowski and Lukas Kubot in the opening round on Saturday.

In the women's draw, Sania Mirza and Prarthana Thombare are starting their women's doubles campaign against the Chinese pair of Peng Shuai and Shuai Zhang in the first round.

Success in shooting will be key to India's hopes of surpassing London Olympics' six-medal haul, and the performance of Jitu and Abhinav Bindra would be crucial to that aim, while the likes of Gagan Narang, Manavjit Singh Sandhu, Heena Sidhu and Apurvi Chandela can also climb the podium.

Shooters don't like to make noise outside the range and they go about in a low key manner which has been their trademark, and Bindra's innocuous tweet 15 days ago that he would be incommunicado with the outside world till his fifth and last Olympics campaign begins sums up the mood in the shooting camp.

Tipped to give India their second individual gold medal after Bindra, armyman Jitu is the reigning world champion in 50m pistol as he will compete in both the events with an aim to make an unprecedented double in the Olympics.

Having won medals at the Asian Games (gold and bronze in Incheon 2014), Commonwealth Games (gold in Glasgow 2014), World Cup (two gold, three silver and one bronze) and World Championships (silver in Granada 2014), Jitu has made rapid strides since the last Olympics.

"I did not know what was an Olympics. I come from a village and like to stay that away," Jitu, the latest product from the Army Marksmanship Unit, has said.

If Jitu is making his Olympics debut, Bindra will perhaps be in his last and fifth Summer Games and he would like to bow out on a high.

Four years after setting up the gold standard in Beijing, Bindra crashed to a 16th place finish in 2012 London, but this time the shooter from Zirakpur, who is known to pay minute attention to details, has created Rio-like settings at his home.

Day one of shooting will also see 10m air rifle women duo of Apurvi Chandela and Ayonika Paul, who had won gold and silver respectively at the 2014 Commonwealth Games in Glasgow, opening their campaigns.

Apurvi took up to shooting after seeing Bindra's gold medal feat in 2008 and now competing alongside her role model, the Delhi girl hopes to make a mark along with Mumbai's Ayonika.

The 25m rapid-fire pistol event had earned India a silver in London courtesy Vijay Kumar who has failed to qualify this time. But in his absence, Gurpreet Singh promises to make a mark. Both the Armymen have the same coach Pavel Smirnov.

The Punjab lad will be shooting in 10m and 25m rapid-fire events and his promising performance at Munich world Cup last year where he finished fourth in both the events makes him one to watch out for.

On the tennis court, Paes, who will be playing in his seventh straight Olympics, a first in tennis, checked in at the Games Village on the eve of the opening ceremony. He arrived late and was left high and dry with no room allotted to him before finally being given a room last evening.

"He (Paes) was given a room and there's no controversy at all. For a legend like him, Paes deserved a separate room for himself," Gupta said, explaining that the Indian ace was playing a tournament in New York and hence the delay.

With Paes arriving late, Bopanna had to make arrangement for practice with Serbia's Nenad Zimonjic. He also teamed up with Sania Mirza while coach Zeeshan Ali paired up with the other women's doubles player Prarthana Thombare, who is in her maiden Olympics, during practice.

Indian tennis has had little success in Olympics till Paes took a bronze medal in Atlanta 1996 and since then they have been struggling at the biggest sporting stage.

Clearly, Paes and Bopanna lacked match practice together. They last played in India's Davis Cup match against Korea in Chandigarh last month, and it will have to be seen how much impact they make in the men's doubles. Moreover, they have different playing styles.

On the hockey field, buoyed by some strong performances in the run-up to the Olympics, Indian men's team will look to break their medal jinx.

Eight-time champions, India won their last Olympic gold at the 1980 Moscow Games. What followed was years of missed opportunities and then came the ignominy of failing to qualify for Beijing Games.

Four years ago, they qualified but finished last and the PR Sreejesh-captained side, which won a historic silver in the Champions Trophy, will eye redemption for the London debacle when they begin their campaign against Ireland in a potentially tricky encounter at the Olympic Hockey Stadium in Deodoro.

The women's team would also hope to continue its fairytale run which helped them to earn a berth at the Rio Olympics after a gap of 36 years.

Making their first Olympic appearance since Moscow 1980, the women's team will be on a high to open their campaign against Japan, a team whom they had beaten in the World Hockey League to qualify after 36 years.

Clubbed in a group comprising defending champions Germany, runners-up Netherlands and Pan-Am top two Argentina and Canada, the men's team will have to get into the rhythm as quickly as possible as any slip-up will threaten to derail their quarterfinal hopes.