Karachi: Pakistani players, Mohammed Sami and Umar Akmal are in a fix after their names were reported in the media in the ongoing spot-fixing hearings of the Pakistan Super League.

A top official of the National Crime Agency of the United Kingdom gave a testimony to the three-member anti-corruption tribunal in the spot-fixing case via a video link last week after which it was reported in the media that he had also mentioned the names of Sami and Umar among players whose names are cropping up in the case.

PCB Chairman, Shaharyar Khan, who is presently in London, also took the names of Sami and Umar during a talk with a Pakistani newspaper. 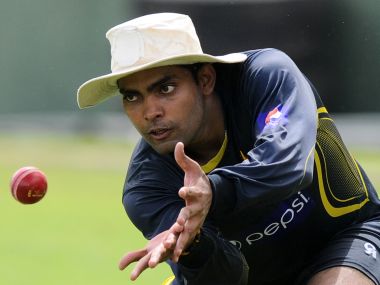 But PCB legal advisor, Salman Naseer refused to comment on whether the two players were under investigation or their names were mentioned during the testimony by the NCA official via video link.

"I would advise the media and everyone else to refrain from taking names of any players without official confirmation as it causes problems and so far I don't recall anyone in the tribunal and board taking the names of these two players anywhere," he said.

When asked to confirm if it was correct the NCA official had taken the names of Sami and Umar during his testimony, Salman said no comments.

For the two Pakistan players, however, the incident has already caused problems.

The fast bowler, Sami who is in demand in most foreign T20 leagues, for example, has been asked by the organizers of the Caribbean Premier League whether there is any investigation going on against him.

Similarly, the same question has been posed to Umar who is in London undergoing treatment for a knee problem.

Both players have been posed the questions after they were given clearance by the PCB to play in the CPL.

"From what I know Sami is upset because the organizers of the Bangladesh Premier League where he is in great demand and plays every year have also raised questions," a reliable source said.

So far the PCB has made no official comment but the two players are apparently trying to convince the board to clear things up publicly.

The PSL spot-fixing hearings have gone on since April and on Monday the legal advisor of the board, Tafazzul Rizvi confirmed that the arguments and testimonies in the Sharjeel Khan case had been completed and both parties would now give written submissions by 29 July after which the tribunal would announce a verdict in a month's time.

According to Rizvi, the board was confident of getting a verdict from the tribunal against Sharjeel who is charged with meeting with bookmakers and agreeing to play two dot balls with them during the first match of the PSL.

Soon after the first match, Sharjeel and Khalid Latif were suspended and sent back home from Dubai by the PCB.

The PCB lawyer said the board had submitted strong evidence against Sharjeel and he had also admitted to most of the charges and the PCB would try to convince the tribunal to give him the most severe punishment available in the anti- corruption code.

However, lawyer for suspended Pakistan test opener, Nasir Jamshed, who is also under scrutiny in the PSL hearings, lashed out at the PCB in Lahore insisting that the evidence being shown against his client were a joke.

"Even in a banana republic you don't depend on such evidence to prosecute someone," Hasan Warriach told the media.

He said the PCB was trying to save its officials and once the tribunal makes its decision, his client would have the option of appealing in a superior court.

"We know what the outcome is going to be but I challenge the PCB to share their evidence with the media. They don't even have statements by the alleged bookmakers, Yousuf and Mark," he said.