London: West Ham say they won't hold talks with under-fire manager David Moyes over his future with the Premier League strugglers until the end of the season.

Moyes agreed a contract lasting until June when he replaced Slaven Bilic in November, but it has been reported he won't stay with the east London club beyond this term regardless of whether they avoid relegation. 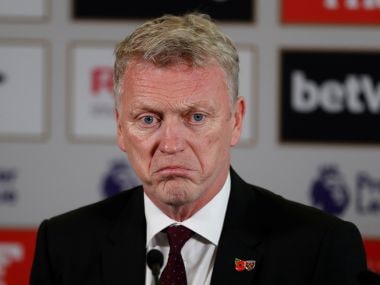 And with the team just three points above the relegation zone, a protest march from the site of their old Upton Park ground to the London Stadium is planned prior to their game against Burnley on 10 March.

But West Ham chiefs have reiterated their stance that discussions over the future of former Manchester United boss Moyes will take place once the season is over.

A statement read: "As previously stated on a number of occasions, the club and David Moyes agreed a deal until the end of the 2017/18 season, at which point both parties will sit down and discuss the future.

"Until then, the board and David Moyes will continue to work closely together, with the manager having full responsibility of footballing matters and the full support of the board.

"Everyone's sole focus is on trying to achieve results for West Ham United."

Hammers vice-chairman Karren Brady has leapt to the defence of the under-fire owners after being questioned about their perceived lack of spending on players.

She wrote on Twitter: "Re spend on players - DS/DG have spent £264m since 2010 & that does not take into account the millions more spent on wages, agent fees etc."