London: Tottenham Hotspur goalkeeper Hugo Lloris has conceded he is frustrated by their lack of progress in Europe but says the club will be better prepared for the Champions League this year after going out in the group stage last season.

Lloris made it to the semis of Europe's top club competition with Olympique Lyonnais in 2010 but his best European run with Spurs has been to the quarters of the Europa League in 2013. 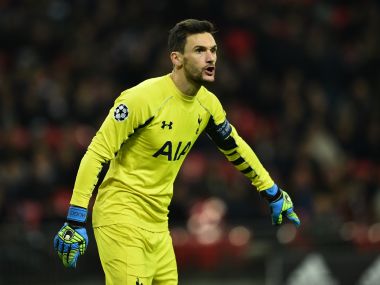 The 30-year-old France international, who joined Spurs in 2012, said the squad under manager Mauricio Pochettino should be doing much better in Europe.

"It's been five seasons now that I've been with Spurs and I've got a little bit frustrated about European competition, because I think we've got the talent to go further than we've done," Lloris told reporters.

"Even in the Champions League, we have the potential to reach another level.

"Hopefully this season we can prove our real value, compete against the best teams in Europe and go as far as possible, even if the first target will be to get out of the group stage.”

Lloris said Spurs lacked experience when they were knocked out in the group stage of the Champions League last season.

"For many of the players last season, it was their first experience of the Champions League," he added.

"Every season the level has to be a step up — individually and collectively. We have a lot of ambition in our squad even if it's still a young team."

Spurs won two of their six games in Europe's top tier tournament last season, losing twice at Wembley, where they will play all their home games next season.