Tottenham Hotspur have found a “proven winner” in new manager Jose Mourinho and must target the FA Cup and Champions League as they bid to end an 11-year title drought, striker Harry Kane has said.

Mourinho, who replaced the sacked Mauricio Pochettino last week, guided Spurs to a 3-2 Premier League victory at West Ham United on Saturday in his first match in charge. 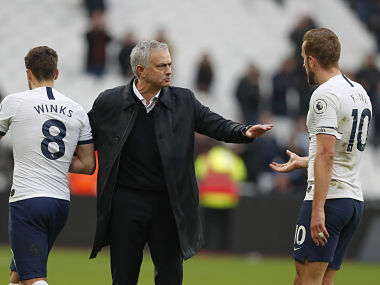 “The gaffer has won at every club he’s gone to — there’s no hiding away from that,” Kane told the British media.

Former Porto, Chelsea, Inter Milan, Real Madrid and Manchester United boss Mourinho has claimed 25 major honours but that record will be put to the test at Spurs, who have not won a title since the 2008 League Cup.

“It’s ... a fresh slate for everyone now to show the manager what they can do and hopefully the players can thrive on that.”