London: Tottenham Hotspur’s England striker Harry Kane could return to action for the club’s final two games of the Premier League season in early May following an operation on a torn hamstring, manager Jose Mourinho told reporters on Tuesday. 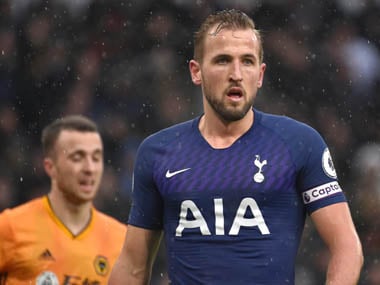 Kane had surgery to repair a ruptured tendon in his left hamstring in January when Spurs said he would be back to training in April after suffering the injury during their 1-0 league defeat at Southampton on New Year’s Day.

Speaking ahead of Tottenham’s FA Cup fourth-round replay at home to Saints on Wednesday, Mourinho was asked if Kane, who has netted 27 goals for club and country this season, would play again before the end of the current campaign.

“Last (home) match against Leicester. Maybe we need that match for something. To be fourth, to be fifth, to be sixth. Maybe he can help us in this last match I hope,” said Mourinho.

“Everything is ok. He’s having his treatment. No pressure, he keeps going. No setback. It’s better not to put any kind of expectation, any kind of pressure. Let’s see.”

Referring to the Leicester game on 9 May and Tottenham’s last league fixture of the season at Crystal Palace on 17 May, Mourinho added: “I think (Kane can play in) these two matches”.

Kane will miss England’s Euro 2020 warm-up games with Italy and Denmark in March but should return in time for matches with Austria and Romania in early June before their first Group D match in the tournament against Croatia at Wembley on 14 June.

The 26-year-old had been injury-free this season but had two lengthy layoffs last term with ankle ligament injuries.