Newcastle United came away with a 2-1 win over Stoke City despite wasting several chances in front of goal and manager Rafa Benitez has warned his players such profligacy will be punished by the Premier League’s top teams.

Benitez was back in the dugout on Saturday after a recent health scare but under orders to remain calm and a goal from Christian Atsu put a smile on his face after 19 minutes. 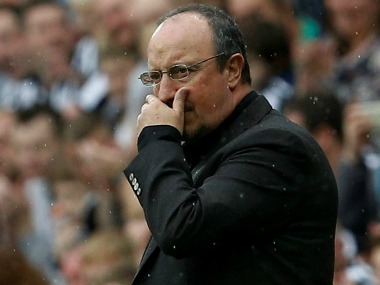 However, his mood darkened as striker Joselu wasted three chances to increase their lead before Stoke equalised through Xherdan Shaqiri in the 57th minute.

While skipper Jamaal Lascelles saved the day by scoring the winner with 20 minutes left to give Newcastle a third straight victory, Benitez was far from pleased at his side’s wastefulness.

"If we play against a top side and make the kind of mistakes we did here, we will pay for that," he said in comments published by The Telegraph. You have to believe that you can win against certain teams."

"The team is believing in themselves, but there are still a lot of things to improve."

“The main thing for me is to see the team working as hard as they were working. There were a lot of positives,” he added.

Newcastle, who are fourth in the league, will look to make it four wins in a row on Sunday when they travel to face Brighton and Hove Albion.