The last-minute shopping spree often associated with the closing of the January transfer window failed to materialise on Monday as Europe's top clubs largely kept their powder dry.

Even in England, where the 20 Premier League can usually be relied upon to splash some of the cash they earn from a mega TV deal, trading was unusually light, leaving presenters of Sky Sports News' much-hyped deadline day coverage desperately searching for something to talk about.

Leaders Chelsea spent 35 million euros (26.42 million pounds) to bring Colombian Juan Cuadrado to Stamford Bridge, recouping most of that by selling Andre Schuerrle to Bundesliga side VfL Wolfsburg, but Manchester United, Manchester City and Arsenal did no significant late business. 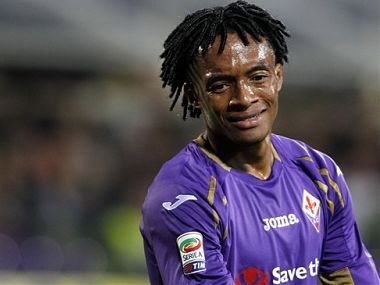 While a few late deals could push the total January spend in the Premier League past the 100 million pounds mark, the head-spinning transfer frenzy, for now at least, appears to have been replaced by a calmer, more measured approach.

UEFA's Financial Fair Play rules have made it less likely that clubs sign players without first off-loading some of their squad, stalling the usual merry-go-round.

Transfers of players from the Premier League to other European leagues is also hindered by the huge salaries.

The reluctance of club managers to part with players at such a delicate phase of the season has also become an increasing factor in the mid-season window.

While Premier League spending this season is running at around 900 million pounds, the vast majority of that dates back to pre-season when squads were being assembled.

Liverpool, chasing a top-four finish in the Premier League, failed to add to their squad in January, while Arsenal limited their activity to Legia Warsaw youngster Krystian Bielik and Gabriel from Villarreal.

However, managers of the clubs battling against relegation were left frustrated in their attempts to strengthen.

None more so than Queens Park Rangers boss Harry Redknapp, one of England's most adept deadline day dealers.

Apart from Mauro Zarate from West Ham United, Redknapp failed to bolster QPR's squad, having tried and failed with a late attempt to sign striker Emmanuel Adebayor from Tottenham.

"Getting players out in the market, there are problems such as liquidity. Clubs don't have it, apart from Chelsea today," he said. "There is the danger in January for a player that if it goes wrong, it could harm their career.

"They could find they go on-loan at a club who get relegated and end up in a worse situation than they were."