Bengaluru: Leicester City have largely been ignored in the Premier League title race debate, despite running as the closest challengers to leaders Liverpool, but manager Brendan Rodgers says his side are used to being overlooked.

Leicester set a club record of eight successive top-flight wins after beating Aston Villa 4-1 on Sunday to stay within eight points of Liverpool, while defending champions Manchester City are third, 14 points behind the leaders. 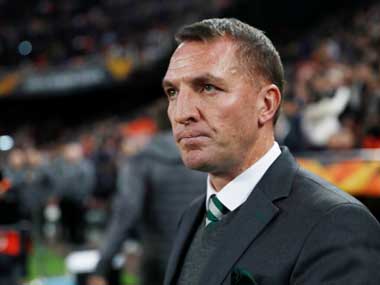 “I don’t think anybody expects us to be anywhere near the top,” Rodgers said. “It doesn’t really rile us, it’s part of the game I suppose.

Jamie Vardy is the league’s top scorer with 16 while at the other end of the pitch Leicester have kept the most clean sheets with seven, but Rodgers said it was “just natural” for 2015/16 champions Leicester to fly under the radar.

“Manchester City and Liverpool are both incredible teams in the league and have shown last year how good they were,” he added. “For us, we know that we are constantly trying to improve and look to close the gap.

“We’re a team that finished ninth over the last two seasons.”