Chelsea manager Frank Lampard will always have immense respect for Tottenham Hotspur counterpart Jose Mourinho but said he hopes to carve out his own blueprint and not try to be a managerial clone of the Portuguese coach. 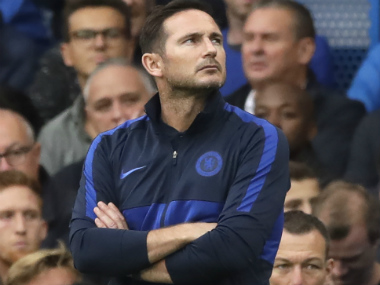 Lampard won two Premier League titles at Chelsea as a player under Mourinho and faces him in a touchline duel for the second time when Chelsea visit Spurs on Sunday.

“He was a good manager, with loads of good attributes, but I wouldn’t try to be a clone of anything,” Lampard told a news conference on Friday.

“I’m happy to go up against Jose. To go up against him last year for Derby (County) against Manchester United was a big deal for me, and that remains I’ll always have respect for him.

“But the bigger thing is Chelsea-Tottenham and what that rivalry means, what it should mean to our players and us, because that’s the beauty of football.”

Mourinho has guided Spurs to four wins in five league games since replacing Mauricio Pochettino as manager last month and another victory this weekend would mean his side leapfrog Chelsea into the top four.

Meanwhile, Chelsea have lost four of their past five league matches but Lampard does not see any reason to panic.

“We haven’t been able to break them down or take our chances, and then we’ve conceded the occasional goal which has turned the game against us,” Lampard said.