Washington: Pre-season matches against star-studded Real Madrid and Barcelona were good preparation for the rigors of the Premier League even as they demonstrated the Spanish giants' superior level, Manchester United coach Jose Mourinho said Wednesday.

With a goal from Brazilian striker Neymar, Barcelona defeated Manchester United 1-0 on Wednesday, handing the Red Devils the first defeat of their US Tour. 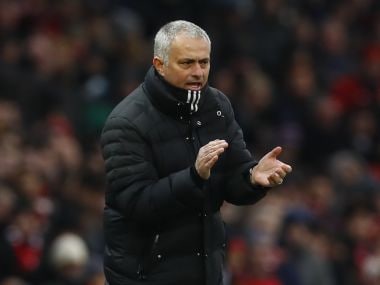 It came on the heels of a penalty shootout victory over Real Madrid after the teams drew 1-1 in their International Champions Cup friendly match..

In terms of sheer talent, Mourinho acknowledged, Real Madrid and Barcelona have the edge.

"I think at this time, the best players are in these two clubs," he said. "We have to accept that as a reality. For us to play against both in a pre-season without any kind of pressure was very good for us.

"You can work very hard tactically to try to improve your team, but there are players who are special. Even as an opponent on the bench, it's great to see their relationship with the ball," he said.

In the eyes of Mourinho, only Frenchman Paul Pogba in the United squad "showed that he had this level".

Nevertheless, Mourinho said he departs the US confident that his team have the qualities needed to thrive in the upcoming Premier League campaign.