Pune: Indian tennis legend Leander Paes says creating champions is a dream he is nurturing for his second innings just like inspirational Rahul Dravid and Pullela Gopichand have done.

Set to retire after the 2020 season, Paes said national badminton coach Gopichand and Dravid have set a benchmark in coaching. 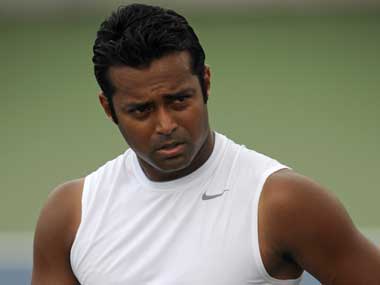 Gopichand gave India two Olympic medallists in Saina Nehwal and PV Sindhu while former cricket captain and much-revered Dravid has been mentoring the U19 and India A sides, besides heading the National Cricket Academy.

"The reinvention of one's self is important. There is so much to do in the second innings. I don't know if one can get it perfectly but now I want one of my athletes to win a Grand Slam and compete at the Olympics," Paes said while talking on the sidelines of the Tata Open Maharashtra.

"If I look at some of past players of India who I have tremendous respect for, there are players like Rahul Dravid, Pullela Gopichand who have trained younger generation to the highest level."

The veteran tennis star said tennis needs to be transformed like other sports.

"We really need to reinvent tennis because competition for sport in India is huge now with all the leagues, not just IPL. Table tennis, boxing, wrestling, badminton, kabaddi are becoming huge in our country," Paes said.

"Tennis in India needs an energised injection to be infused. We need to attract a lot more kids. Nowadays so many distractions are there for them and sport and tennis is a great way to channelise them," he added.

Paes, winner of eight men's doubles Grand Slam trophies, partnered with Australia's Matthew Ebden in Pune. The duo exited from the Tata Open on Thursday after suffering a defeat against the Indian pair of Ramkumar Ramanathan and Purav Raja.

"They were playing amazingly well with 85 percent first serve win. That was unbelievable. They were on a roll, everything they touched turned into gold," Paes concluded.