The Indian boxers fetched six medals at the tournament, including two golds, one silver and three bronze. 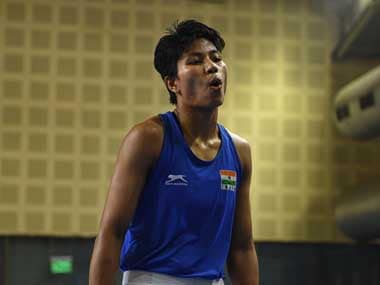 Reigning Asian Championships gold medallist Pooja Rani suffered a narrow 3-2 defeat against home favourite Anna Anfinogenova in the middleweight (75kg) semi-finals and had to be content with a bronze.

Having had to taste a bitter 2-3 defeat at the hands of Assunta Canfora at the India Open final, World Championships bronze medallist, Lovlina (69kg) was better prepared this time to tackle the wily Italian.

The tall Assamese boxer was on guard throughout the bout and never shied away from raining down Canfora's flurry of punches to grab a narrow 3-2 win.

After capturing the India Open silver and a bronze from the Strandja Cup, Lovlina's efforts and dedication have been rewarded with her first international gold medal of the year.

With two of the judges' points being drawn at 28-28, the Strandja Cup bronze medallist Neeraj went on to register a commanding 3-0 victory over the Russian.

While Lovlina and Neeraj dazzled in their respective finals, India failed to register a flawless day as Gaurav Solanki succumbed to a 0-5 defeat to Uzbekistan's Abdulkhay Sharakhmatov.

The Commonwealth Games gold medallist was unable to judge his opponent's pace and power and could never recover from the early blows.