Former New Zealand cricketer Lou Vincent told a London courtroom on Monday that he had helped to fix matches under "direct orders" from his captain, Chris Cairns. Vincent also alleged that former Indian cricketer Dinesh Mongia was part of the 'gang' that was involved in fixing when they played together for Chandigarh Lions in the now-defunct Indian Cricket League (ICL).

Speaking at Cairns' perjury trial, Vincent, 36, said that Cairns persuaded him to take part in match-fixing and added jury that Cairns’ alleged approach to fix games gave him something to latch on to and a “sense of belonging” since he was battling depression at the time. 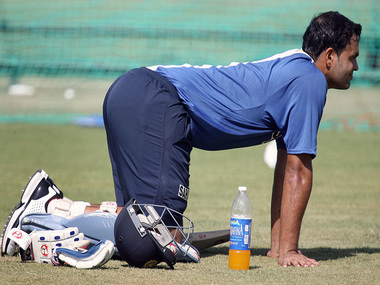 Mongia, on his part, has denied the allegations. “What he (Vincent) said is incorrect. I was not involved in any match-fixing. I played for the Chandigarh Lions but I don’t know what the New Zealanders (Cairns, Tuffey and Vincent) were doing,” Mongia was quoted as saying by the Indian Express.

Cairns successfully sued Modi for £1.4 million ($2.14 million) after being accused of match-fixing on Twitter in January 2010, but now faces allegations that he lied during the case.

Former New Zealand captain Cairns, who is also accused of perverting the course of justice, denies the charges facing him.

The charges relate to a libel case that Cairns, 45, brought against Lalit Modi, the founder of the Indian Premier League (IPL), in March 2012.

"I was under direct orders from Chris Cairns to get involved in fixing," said Vincent, who claimed Cairns promised him $50,000 per game to under-perform.

Vincent, now retired, said he had rejected a request from Cairns to support his civil case against Modi because to do so "would have been a complete lie".

Vincent said that after arriving in India he had turned down an approach to get involved in match-fixing from an Indian man who had offered him cash and the use of a prostitute. But he claimed that when he told Cairns, captain of the Chandigarh Lions, about the approach, he was told: "You're working for me now."

Vincent said he received a call from an Indian named Varun Gandhi shortly after arriving in Chandigarh. "He (Gandhi) told me he was involved in a cricket bat company," Vincent said in court. "We met in his hotel room but there was no equipment in the room."

Vincent addded that there was a woman seated on the bed, and that after 20 minutes he asked if he could use the toilet and Gandhi followed him there, and told him that the woman ‘was available for sex’ and was ‘a present from our company’. “He pulled out a wad of American dollars, and said it was a sponsorship down payment, that’s when alarm bells began to ring,” said Vincent.

“I left that room knowing it wasn’t a sponsorship deal.” Later, under cross-examination, Vincent admitted that he had, infact, slept with the prostitute during his first contact with Gandhi, reports the Indian Express.

"Immediately I went to Chris Cairns and told him what had happened," Vincent said. "The deal, the room, the woman and being offered the money and how I went to report what had just happened.

"Chris was obviously interested, then there was a pause for a short period of time. And then he turned to me, looked at me and said 'You did the right thing' and 'That's good cover. Right, you're working for me now.'"

Vincent told the jury at Southwark Crown Court that he deliberately under-performed in four games in 2008. He said that he had been suffering from mental health problems and depression at the time and "felt good to be part of a gang".

Vincent said that he was not paid the money he had been promised but did not confront Cairns because he felt "too intimidated". He also alleged that Cairns threatened him with a cricket bat after he "messed up" a proposed fix.

Vincent said that he continued to fix matches after leaving the Chandigarh Lions, before confessing to the cricket authorities in 2012.

A big-hitting all-rounder, Cairns played in 62 Tests for New Zealand and is one of the few players to have achieved the double of 200 wickets and 3,000 runs. He was named one of the Wisden Cricketers of the Year in 2000.

Read the full report in The Indian Express here.