Liverpool defender Virgil van Dijk has admitted that Barcelona striker Lionel Messi is the toughest opponent he has played against. 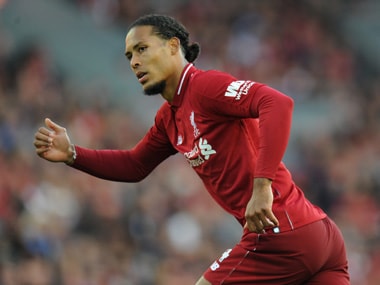 Van Dijk revealed this during a question and answer session on Twitter.

When the two came face to face last year in the famous Champions League semi-final, Messi outshone Van Dijk and his teammates as Barcelona defeated Liverpool 3-0 in the first leg.

Things did turn around completely for the English team in the return leg at Anfield. Jurgen Klopp’s side managed one of the great comebacks of Champions League and won the match 4-0. The Reds went on to eventually win the Champions League.

Messi is considered one of the all-time greats in football. He was won a record six Ballon d'Or awards. The Argentine forward has won 10 La Liga titles and four Champions League titles with Barcelona.

Van Dijk, who has been the bedrock of the stingy Liverpool defence, picked Manchester City forward Sergio Aguero the hardest person to mark on the field.

Aguero is the all-time record goalscorer for Manchester City and has won four Premier League titles with the club.

On the question of his favourite career moments, the Liverpool defender mentioned his debut as a professional footballer, his debut for Netherlands, and first match in a Liverpool shirt. Van Dijk is also the captain of Netherlands.

Liverpool had been in outstanding form in the Premier League this season before it was stopped due to coronavirus outbreak.

Liverpool have won 27 of the 29 games in the Premier League. However, they were eliminated from the Champions League after they lost to Atletico Madrid.

Matches of European football leagues and other club competitions have come to a halt in the face of novel coronavirus outbreak.