Catch the live updates from the quarter-finals of the Japan Open Superseries as HS Prannoy faces Shi Yuqi, while Kidambi Srikanth takes on Viktor Axelsen

World champion Axelsen gets the better of Srikanth straight games to enter the semi-finals of the men's singles event in Tokyo. It wasn't a lop-sided clash but the Dane proved to be a handful for Srikanth with his incredible stroke-play not only at the net but also on the sidelines of the court. The Indian shuttler was stretched near the backcourt at times, which allowed Axelsen to quickly cover the court and play attacking strokes.

After drawing level at 17-17, the Dane takes four back-to-back points to snatch the first game from Srikanth. The Indian showed great composure and was in control of his shots but Axelsen attacked well to take a 1-0 lead in this quarter-final match.

The Korean shuttler outnumbered the three-time Japan Open Superseries champion in three games to book his place in the semi-finals in Tokyo. Son showed a totally different game, although Lin made a lot of errors, to finish the match before the Chinese could even react.

After leading for the major part of the first game, Lin Dan succumbs to Son's wrist wizardry and gave away a few points after the break. The Korean took advantage of the slump and wrapped up the game in no time.

After leading for the major part of the first game, Lin Dan succumbs to Son's wrist wizardry and gave away a few points after the break. The Korean took advantage of the slump and wrapped up the game in no time.

The unseeded Indian duo defeated Korea's Kim Ha Na and Seung Jae 21-18, 9-21, 21-19 in 58 minutes. What a moment for doubles badminton in India! Sikki and Pranaav combined well after losing the second game by a heavy margin. Pranaav was pretty impressive at the net.

Sikki Reddy and Pranaav Chopra claim the opening game 21-18 against Korea's Kim Ha Na and Seung Jae. A confident start allowed them to further play with more comfort. Remember, they are playing their first ever Superseries quarter-final match.

The eight seed Spanish ace entered the semi-finals of the women's singles after cruising past crowd favourite Yamaguchi in straight games. It took 53 minutes for Marin to knock the Japanese out.

The Chinese shuttler registers a comfortable win over Prannoy in straight games to enter the semi-finals of the men's singles. Prannoy put up a good fight in both the games with good movement and court coverage, however, he was beaten at the net quite often.

The Chinese shuttler started well and maintained the pressure on HS Prannoy to take a 1-0 lead in the match. The length of his shots was inch perfect. Prannoy needs to kill the rally early to unsettle Shi.

Yufei will square off against compatriot and fifth seeded He Bingjao for a place in the final.

In the men's singles, No 1 seed Son Wan Ho will face Axelsen while the 3-time Japan Open Champion Lee Chong Wei will face Shi Yuqi for a place in the final.

Though Kidambi Srikanth lost to World Champion Viktor Axelsen, there was one reason for Indians to rejoice.

The mixed doubles pair of Sikki Reddy and Pranaav Jerry Chopra have made it to their first Superseries semi-final tomorrow and join Firstpost for all the live updates, scores and results of the penultimate day of the Japan Open Superseries.

That's it for today and join Firstpost tomorrow for the semi-final action of the Japan Open Superseries tournament.

Pranaav Chopra and Sikki Reddy's enthralling victory in the quarters was the highlight of the day for India. #JapanSS Semis calling 💪 pic.twitter.com/zfgoWqdDUd

World champion Axelsen gets the better of Srikanth straight games to enter the semi-finals of the men's singles event in Tokyo. It wasn't a lop-sided clash but the Dane proved to be a handful for Srikanth with his incredible stroke-play not only at the net but also on the sidelines of the court. The Indian shuttler was stretched near the backcourt at times, which allowed Axelsen to quickly cover the court and play attacking strokes. 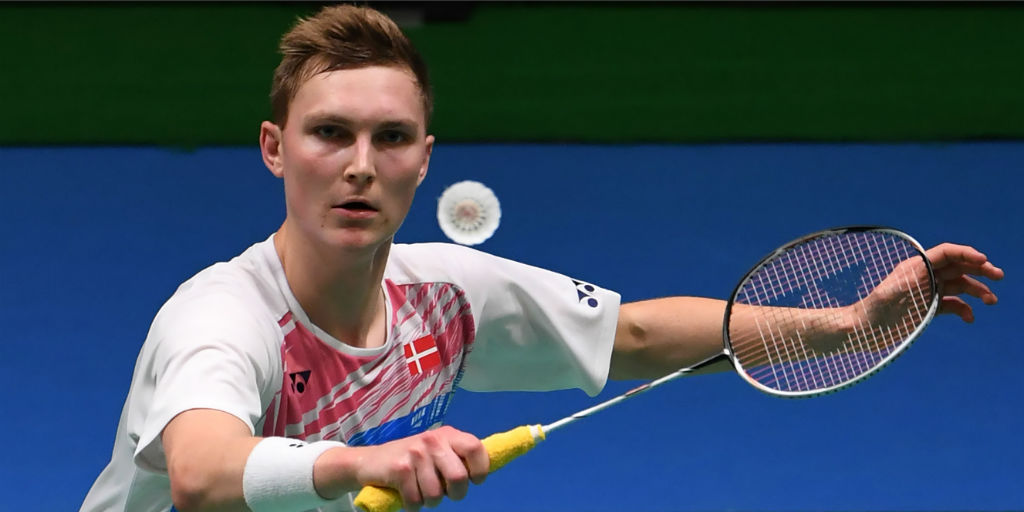 16-18! Srikanth hits two tight-spinning net shots from the front to close the gap on Axlesen's lead. Can he go all the way?

18-14! Brilliant over-the-head shot by Axelsen gives him the extra edge in the second game over Srikanth.

16-14! What a crosscourt smash that was from Axelsen!

He is in complete control of his shots from the backcourt. Also, he is finding angles to hit a drop.

14-15! Srikanth is slowly clawing back into the match. A couple of errors at the net by the Dane allows Srikanth to use the acute angle and hit a smash.

14-12! Axelsen kills the shot with a straight smash from the mid-court. He leads by two points.

12-12! Axelsen hits a forehand drive that lands wide and gives Srikanth a point. We are back level in the second game.

11-10! Axelsen comes from behind to take the lead at the mid-game interval of the second game https://t.co/m2QdHyiysf #JapanSS

Report: India's campaign in the women's singles category of the Japan Open Superseries ended after PV Sindhu and Saina Nehwal lost in straight games to local favourite Nozomi Okuhara and Spain's Carolina Marin, in their respective matches here on Thursday.

However, there was good news from the men's singles with Kidambi Srikanth and HS Prannoy advancing to the quarter-finals.

Playing local favourite Okuhara for the third consecutive time in as many tournaments, Sindhu failed to repeat her Korea Open form and committed too many errors to go down 18-21 8-21 in a lop-sided 47-minute contest.

Sindhu squandered a lead of 11-9 and 18-16 in the opening game and looked completely out of sorts in the second game to bow out early.

On the other hand, playing her first tournament after the bronze medal feat at the World Championships, Saina failed to put up a fight and meekly went down 16-21 13-21 to the reigning Olympic champion.

Saina too squandered a bright start, with a slender 11-9 lead in the first game before trailing 10-17 in the second and eventually bowing out meekly.

Among the men, World No.8 Srikanth, who clinched back-to-back titles in Indonesia and Australia this year, demolished Hong Kong's Hu Yun 21-12 21-11 within half an hour to make it to the final eight.

In the mixed doubles category, the pair of Ashwini Ponnappa and Satwiksairaj Rankireddy played their hearts out before losing 27-29 21-16 12-21 to Indonesian fourth seeds Praveen Jordan and Debby Susanto in a match that lasted an hour and six minutes.