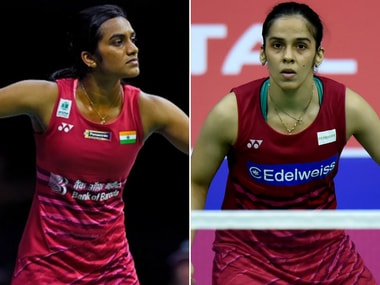 Pre-quarters report: Men's singles top seed Kidambi Srikanth of India tumbled out of the second round, while the Indian mixed doubles pair of young Satwiksairaj Rankireddy and Ashwini Ponnappa registered a stunning victory to join PV Sindhu and Saina Nehwal in the quarter-finals of the India Open BWF World Tour 500 on Thursday.

The Indian pair of young Satwik and Ashwini stunned third seeds Tan Kian Menga and Lai Pei Jing of Malaysia 21-16, 15-21, 23-21 in a humdinger that lasted more than an hour. Terming it as an "important victory" for their partnership, Ashwini said that "it was a crazy finish. We really wanted to win this as we were leading (in the match). I'm really happy it went our way".

They will next take on Danish fifth seeds Mathias Christiansen and Christinna Pedersen, who downed the Indians Rohan Kapoor and Kuhoo Garg 21-10, 21-11.

In the men's singles, qualifier Shreyansh Jaiswal too put in a spirited display to stretch Parupalli Kashyap before bowing out 19-21, 21-19, 12-21. Kashyap will face Qiao Bin in the quarterfinals, with the Chinese having defeated qualifier Kartikey Gulshan Kumar 21-7, 21-3.

In the men's doubles, the pair of Manu Attri and B. Sumeeth Reddy took only 24 minutes to take out compatriots Tushar Sharma and Chandrabhusan Tripathi with a 21-11, 21-15 victory.

In the women's doubles, seventh seeds Jakkampudi Meghana and Poorvisha S Ram got the better of compatriots Rutaparna Panda, Mithula UK 21-12, 21-18 to advance to the last eight.