Follow the live scores and update as World No. 1 Lee Chong Wei takes on Chinese youngster Shi Yuqi in the All England Championships men's singles final

Top seed Tai Tzu made a sensational comeback from 17-20 to 22-20 against Intanon to become the first ever Chinese Taipei shuttler to win the All England Championships. Notably, it was her forecourt masterclass that made all the difference just when Intanon thought she had got the second game under her control. The backhand, round-the-head and net shots are all worth talking whereas Intanon relied on her court-coverage and drop shots which clearly was not enough.

Top seed Tai Tzu's aggressive approach has done the trick after a series of unforced errors in the first half of the first game. Her drives and footwork near the forecourt have taken the game away from Intanon.

Indonesian pair Marcus Fernaldi Gideon/Kevin Sanjaya Sukamuljo edge past the Chinese pair in the first game after all the tiring rallies and incredible reflexes!

Kamilla Rytter Juhl/Christinna Pedersen squandered the lead and allowed the Korean pair to attack more during the final part of the first game. They will now have to come back in the second game.

He has done it! The Malaysian ace bossed the court to trounce China's Shi Yuqi to claim his fourth All-England men's singles title. A clinical performance by Chong Wei who smashed left, right and centre to bring the house down!

Dominant performance by Lee Chong Wei in the first game. Never really gave Shi Yuqi the chance to settle and has covered the court quite comfortably.

Next up will be the men's singles final between Malaysian star Lee Chong Wei and 21-year-old Chinese Shi Yuqi. Chong Wei is playing his seventh All-England final whereas it looks like Shi Yuqi has the potential to cause an upset after defeating Lin Dan in the semis. Gear up for the final showdown!

A thumping smash to win it! Lu Kai/Huang Yaqiong came back from a game down to win the All-England mixed doubles title. What an incredible match!

That's all folks! Hope you enjoyed the live updates of the prestigious All England Championships which is also the first Super Series of the year. There is no hiding that it was an amazing final with some of the best shuttlers showcasing badminton like never before. We will be back again during the All Indian Open which starts on 28th March in New Delhi. Until then, take care!

"All-England is my favourite tournament." Hear it from the man himself!

One from the men's doubles!

Top seed Tai Tzu made a sensational comeback from 17-20 to 22-20 against Intanon to become the first ever Chinese Taipei shuttler to win the All England Championships. Notably, it was her forecourt masterclass that made all the difference just when Intanon thought she had got the second game under her control. The backhand, round-the-head and net shots are all worth talking whereas Intanon relied on her court-coverage and drop shots which clearly was not enough. 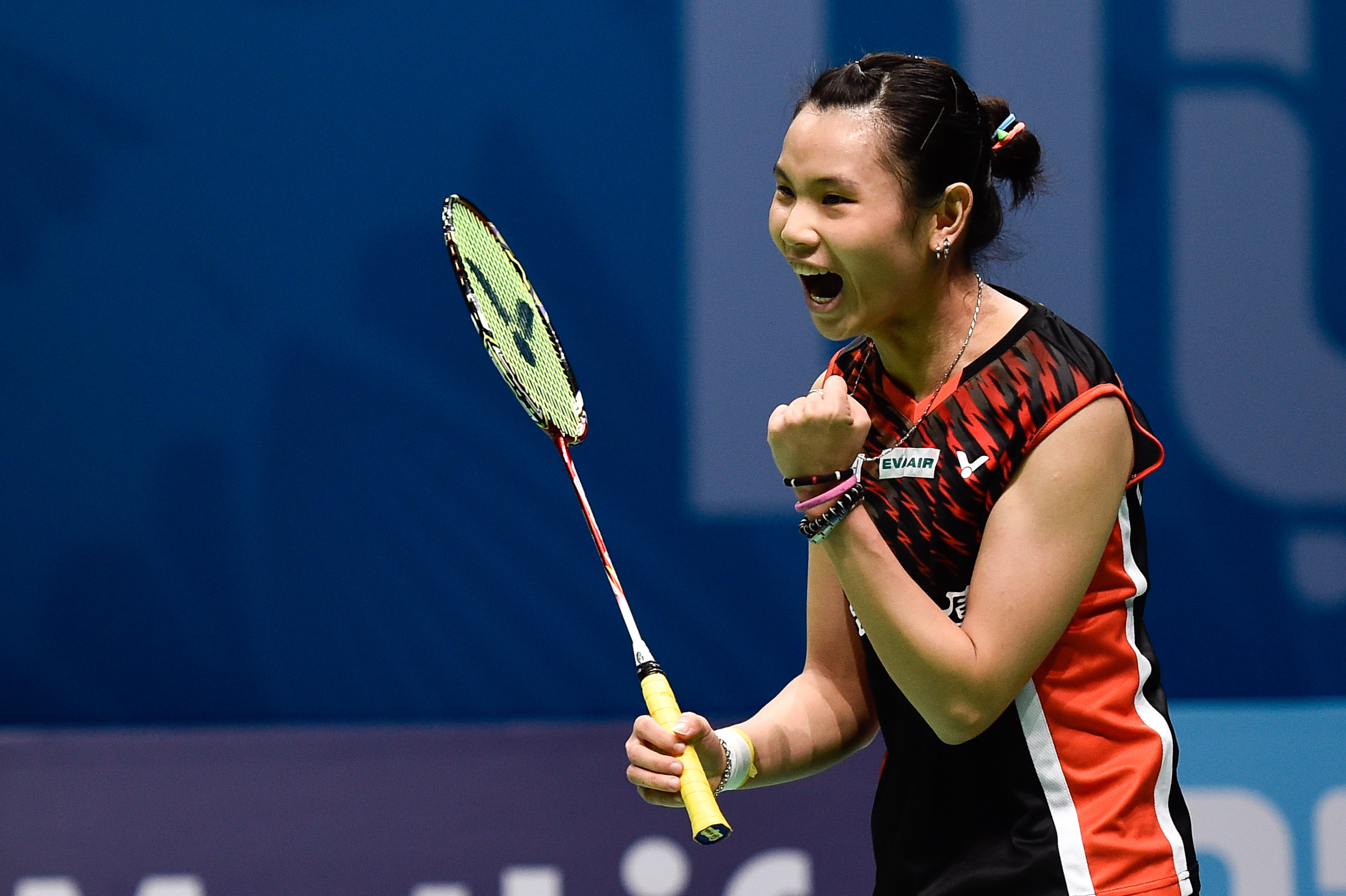 20-20! Tai Tzu successfully scripts a comeback in the second game.

STAT ATTACK Regardless of who wins WS, it'll be the first time since 1999 that 5 different nations will leave @YonexAllEngland with a trophy

Tai Tzu is slowly clawing back into the second game after back-to-back drop shots. She still trails 18-16

He deserves it all!

What a drop shot by Intanon to put Tai Tzu under pressure! She looks in complete control and leads 13-8 in the second game.

Birmingham: World No. 1 Lee Chong Wei will take on Chinese youngster Shi Yuqi in the All England Championships men's singles final on Sunday.

Despite his age, 21-year-old Shi Yuqi will be ready to give three-time winner Chong Wei a tough time. The 2016 French Open champion came as a shock for the six-time All-England winner Lin Dan, prevailing 24-22, 21-11 in the semi-finals at the Barclaycard Arena in Birmingham on Saturday.

Chong Wei has met the 10th seed Yuqi twice before: once at the 2015 Canada Open and at the 2016 Japan Open. Notably, he has won on both occasions, but Yuqi won't be an easy opponent. The Malaysian shuttler was, however, delighted to be featuring in his seventh All-England final. "I had expected to play Lin Dan in the final but instead, I'll play his younger teammate. I'll not be overly worried but rather stay focused on my game," said Chong Wei.

Elsewhere, in the women's final, top-seeded Taiwanese Tai Tzu Ying will face off against Thailand's Ratchanok Intanon, who is coming from a phenomenal semi-final win 22-20, 21-16 over sixth-seed Akane Yamaguchi.

Just like Chong Wei, Intanon has recovered from pertinent injuries and will eye a bounce-back at the grandest stage of all. Meanwhile, Tai Tzu Ying will be eager to continue her brilliant form after she fought back from a game down to win a three-game thriller 11-21, 21-14, 21-11 in the semi-final against the Korean Sung Ji-Hyun.