London: Twenty-four-year-old Bavalan Pathmanathan died after being hit on the chest while batting in a local league match in Surrey.

Air ambulance was called but the club cricketer died of of his injuries sustained on Sunday. He had turned up for Manipay Parish Sports Club in the British Tamil League at Long Ditton recreation ground. 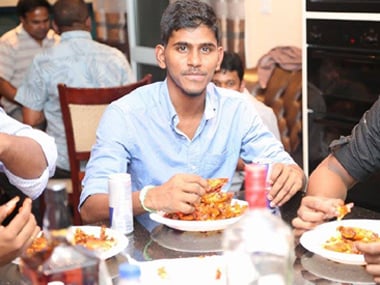 The unfortunate incident has taken place after Australia batsman Phillip Hughes died two days after receiving a blow on the neck during a domestic game in Sydney in November.

Pathmanathan's teammate, who was batting at the other end, said he initially looked alright after being hit before collapsing on the field.

"When he received the hit I asked from the other end if he is alright. He gave a thumbs-up and nodded to indicate he was alright, while pressing his chest," the teammate was quoted as saying by the Colombo Mirror.

"He took a couple of steps behind the stumps and collapsed. He was such a talented and composed cricketer and a darling friend of all of us. Every one of us is going through terrible pain as a result of this terrible loss," he added.

Surrey chief executive Richard Gould added: "Everyone at the club has been deeply saddened to learn of Bavalan's death and would like to extend their sympathies to his family, friends and everyone who knew him from within the community of cricket."

According to British Tamil League's website, Pathmanathan studied in a college in Jaffna, Sri Lanka.