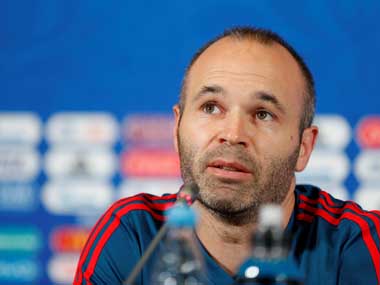 Barcelona are top of La Liga and have lifted back-to-back league titles under the Spanish coach, but there are concerns over the team’s levels of performance and style.

“What Barcelona are doing is a bit ugly. They have to have some respect for their current coach, the way things are done are what hurt the most,” Vissel Kobe midfielder Iniesta told Onda Cero radio station on Monday.

Reports in Spain suggest Al-Sadd coach Xavi, who played with Iniesta at Barca in their most successful era where they won four Champions League titles among numerous other trophies, will not accept the job until the end of the current campaign and that the club are looking for a short-term appointment.