Madrid: Athletic Bilbao sacked their coach Eduardo Berizzo on Tuesday after 13 matches without a win in La Liga. 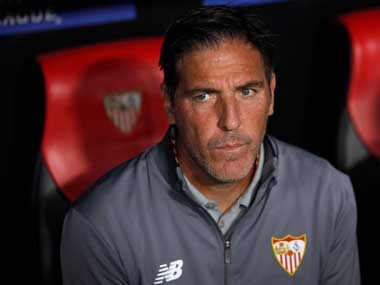 During Eduardo Berizzo's tenure, Athletic Bilbao have slipped into the relegation zone of LaLiga and currently sit in 18th place. Reuters

Berizzo´s replacement will be Gaizka Garitano, who had been coaching the club´s reserve team, Bilbao Athletic, after previous spells in charge of Eibar, Real Valladolid and Deportivo La Coruna.

A club statement read: "Athletic Club has decided to terminate the contract of Eduardo Berizzo. From tomorrow, Wednesday, 5 December, Gaizka Garitano will be responsible for managing the first team of Athletic Club."

Berizzo had overseen only one league victory this term, on the opening weekend at home to Leganes. They sit 18th in La Liga.