Barcelona: Barcelona have reached agreement with Benfica to sign the Lisbon-based team's Portugal right back Nelson Semedo, subject to a medical, the Liga club announced on Thursday.

There were no more details on the Cartalan club's website but Spanish media said the fee was 30 million euros ($34.20 million) plus five million in add-ons.

The deal for the 23-year-old ends Barcelona's pursuit of Arsenal's Hector Bellerin, who left the club's academy as a teenager and was reported to be their number one right-back target although the Premier League do not want to sell. 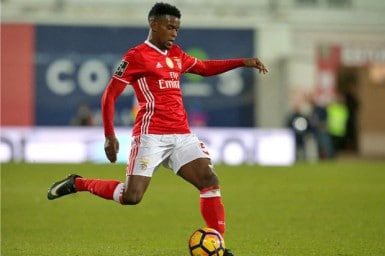 Semedo broke into Benfica's first team in 2015 and made 46 appearances last season as they won a league and cup double.

He has six international caps but was sent off in this month's Confederations Cup third-place playoff match.

Barcelona will hope the attack-minded Semedo can fill the void left by the departure of Brazil international Dani Alves for Juventus in 2016, after the limitations of converted midfielder Sergi Roberto in the role were exposed last season.

The 27-year-old Aleix Vidal, who can fill in at right back or on the right wing, missed three months of the campaign with an ankle injury suffered in early February.

Barcelona reported for pre-season training on Wednesday although Lionel Messi, Neymar, Andres Iniesta and Gerard Pique return on Friday after a promotional tour of Japan.

The Liga runners up depart for their pre-season tour of the United States next week, where they will face Juventus, arch rivals Real Madrid and Manchester United.