Former Burnley midfielder Joey Barton has had his ban for breaking rules concerning betting on matches reduced by almost five months on appeal, the English Football Association said on Thursday. 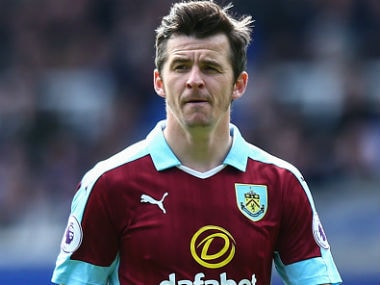 Barton was banned for 18 months in April after being charged with placing 1,260 bets on football matches or competitions from 2006 to 2016, in breach of FA rules which prohibit players from gambling on games.

"Following an Appeal Board hearing last week, where he challenged the suspension from football and all football activity, the sporting sanction has been reduced and will now expire on 1 June 2018, instead of the original decision expiry of 25 October 2018," the FA said in a statement.

Barton was released by Burnley in May following his suspension, having rejoined the club in January after a brief spell with Rangers.

Barton's contract was terminated by the Scottish club in November after a training ground argument with team mate Andy Halliday resulted in a three-week internal suspension.